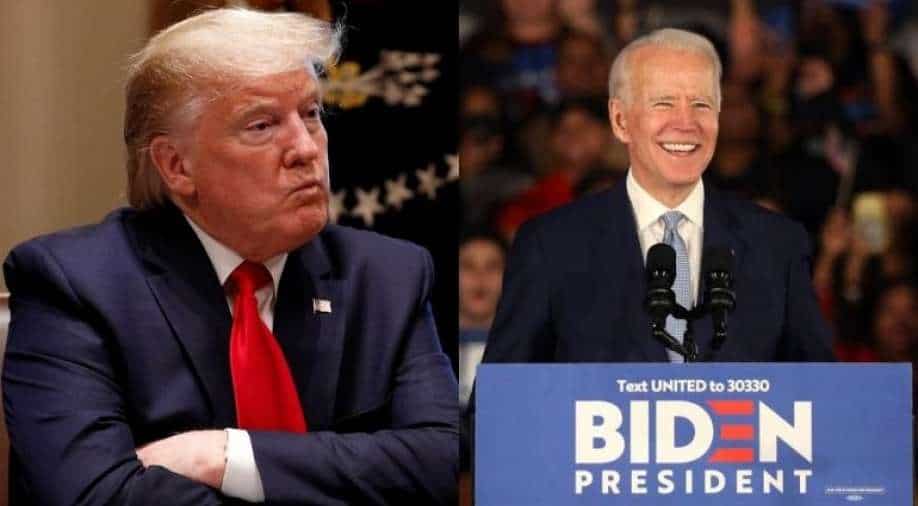 The Democrat contestant Joe Biden is leading the race in the states Michigan and Wisconsin, according to a survey. Donald Trump, however, is trying to match the increasing number in North Carolina and Arizona.

With just two days left for the US election, opinion polls and surveys are calculating the chances of the two leaders in different states and demographics. The two leaders, Donald Trump and Joe Biden have been busy campaigning in the few key states.

The survey has been conducted by the Amerian media organisation CNN and concludes that Joe Biden is leading in the two states (Michigan and Wisconsin) and leading a close competition in North Carolina and Arizona — all these four states were winning territories of Donald trump in 2016 US elections.

The figures from Arizona show Biden leading with a support figure of 50 per cent while Trump is following closely with a support sample of 46 per cent. In Wisconsin, a state that supported Trump in 2016, the President is trailing behind with 44 per cent support, and Biden is leading with 52 per cent votes. Michigan, on the other hand, is a state with one of the highest margins between the two candidates with Biden leading with 53 per cent and Trump struggling to diminish the widening ga with just 41 per cent supporters.

However, the scenario changes tad bit in North Carolina where Biden and Trump are closely rushing towards the finish line with 51 and 45 per cent votes. The gap is expected to fill in faster than expected once people start voting on the election day.

Watch | As we are just days away from US election 2020, Joe Biden maintains a lead over Donald Trump but only by a slim margin

Who will win the presidential race? This report from @VOANews provides insights#USelection2020 #USelection pic.twitter.com/ZqWKnMYWpZ

The voter demographic in state of Michigan and Wisconsin mainly comprises of white nationals, which is not the case for Arizona or North Carolina. Interestingly, the states with a larger White population have Joe Biden in the lead, and the states with lesser White population have a very little margin between the two candidates. This has come as an unexpected turn as the White voter bank has usually voted for Republicans, especially with the recent civil unrest due to the social movements such as Black Lives Matter.

The voting pattern in the women of the four states is quite similar with nearly 55 per cent women supporting Biden, and abandoning Trump. However, men in North Carolina and Arizona are lending their support to trump, and Michigan and Wisconsin men are balancing between the two leaders, for now.

One major issue that has driven people away from trump in these four states, which he had won in the 2016 elections, is their disapproval with the way the President handled the coronavirus pandemic in the US. Nearly 51 per cent people showed their disapproval in Arizona and 56 per cent in Michigan.

The survey results have been observed through random samples of roughly 1,000 adults in each state who were interviewed on phone between October 23 and 30. "Results among likely voters have a margin of sampling error of plus or minus 4.1 percentage points in Arizona, 3.8 points in Michigan, 4.0 points in North Carolina and 3.9 points in Wisconsin," CNN said.