US election 2020: Can Barack Obama be elected as Joe Biden's Vice President? 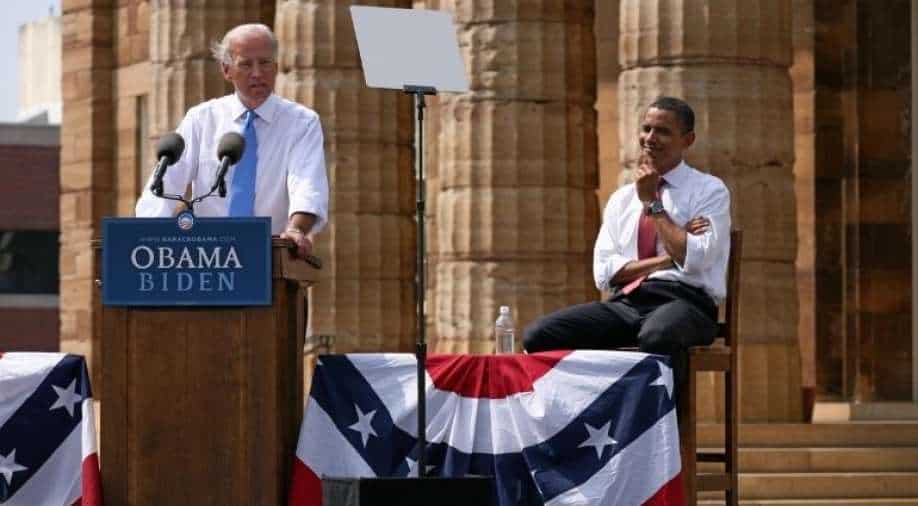 Many believe that Obama has the support and love of the masses, and can help turn that strength and momentum into a winning ticket for Joe Biden 2020 campaign against Donald Trump

The US elections are just a few days away and the US President Donald Trump and his Democratic rival and former Vice President Joe Biden are gearing up for the last Presidential debate of the election year.

During the past few months, several political figures, Hollywood celebrities and other known faces have come out to support their choice of candidate. One such power couple who has openly supported the Republican candidate is the Obamas.

Biden's former boss and the US' former President, Barack Obama (along with his wife Michelle Obama) has supported Biden for the next President of the United States.

While his supporters have appreciated the support, one question that has come up time and again during the past few months is whether Biden could have reversed the roles and chosen Obama as his running mate now.

Many believe that Obama has the support and love of the masses, and can help turn that strength and momentum into a winning ticket for Biden 2020 campaign. However, is Barack Obama legally allowed to contest elections for the White House again?

The answer to this lies in the 22nd amendment of the US constitution. As per this amendment, "no person shall be elected to the office of the President more than twice".

Also read| US election 2020: How the States vote for the Presidential elections

So, according to this, Obama cannot be elected for the White House again. The loophole in this amendment, however, is that unlike the old times, a Vice President is not 'elected' by the masses now. A Vice President, now usually referred to as the 'running mate', is picked by the President-elect and is on the same ticket as the Presidential candidate — an example of this is that if Joe Biden wins the elections this year, Kamala Harris will be sworn in as the Vice President, and Biden will not be given a choice to change his running mate unless there is some unexpected emergency situation.

As per this logic, Barack Obama could have been assigned (or can in the future) the role of Vice President, as technically he would not be "elected".

According to this amendment, Obama cannot take charge of the Vice President's office as he is now ineligible for the post of the President of the United States.

So, while a lot of Americans would love to see Barack Obama back in the White House, he is legally not allowed to take control of the office again.

The fight this year will be between Donald Trump-Mike Pence and Joe Biden-Kamala Harris. With the next presidential debate soon and the elections scheduled for November 03, the world will soon get to know who comes out as the winner this time.