US: Charleston church shooter laughed in taped confessions, said he 'had to do it' 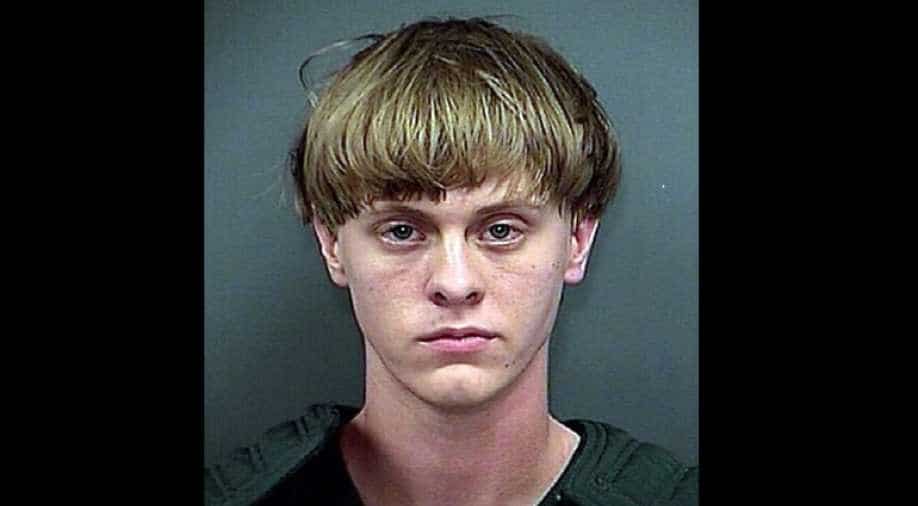 'I wasn't going to go to another church because there could be white people there,' he said, after chuckling when admitting he had committed the carnage. Photograph:( AFP )

Dylann Roof said he killed nine African Americans in a Charleston church because of alleged crimes by black people against whites and expressed support for Adolf Hitler in a taped confession shown Friday at his federal death penalty trial.

There were neither tears nor anger from Roof in the two-hour confession made the day after the shooting, as the then 21-year-old stared straight ahead with his hands in his lap.

"Well, I killed them, I guess," the self-described white supremacist said with a chuckle, according to The Post and Courier newspaper.

Roof told two FBI agents interrogating him that he deliberately chose "Mother Emanuel," the oldest African Methodist Episcopal church in the US South, as the scene of his crime.

"I wasn't going to go to another church because there could be white people there," he said, after chuckling when admitting he had committed the carnage, according to local ABC television affiliate WCIV.

When asked if his goal had been to become a martyr, Roof responded: "Yeah, that would be nice, sure."

The gunman said he was first inspired after reading online about a neighborhood watchman's 2012 killing of unarmed black teenager Trayvon Martin that sparked widespread protests and was a catalyst for national outrage over violence blamed on law enforcement against African Americans.

Roof could not even initially recall how many people he had shot, telling investigators it was just five.

The video marks the first time the public has heard Roof speak at length about the grisly June 17, 2015 attack. Sobs could be heard in the courtroom as the video was shown, local media reported.

Roof had a total of eight ammunition magazines, each loaded with 11 bullets rather than the full 13.

That means the total number of bullets was 88, an abbreviation used by white supremacists to represent the Nazi salute "Heil Hitler."

"I support Hitler," Roof said during the confession.

The last magazine, which was found unspent, he said was meant for him.

The FBI made the stunning admission last year that Roof should not have been able to buy the .45 Glock semi-automatic handgun that killed the parishioners, citing a breakdown in the background check system and paperwork confusion.

Before the atrocity, Roof sat with parishioners in a Bible study group at the church.

"I was sitting there thinking about whether I should do it or not," he said.

He was arrested the next day during a traffic stop in North Carolina, about 250 miles (400 kilometers) north of the site of the shooting in Charleston, South Carolina.

Roof has not said anything in court since the trial kicked off Wednesday, maintaining a stone-faced demeanor and refusing to lift his eyes from the defense table where he sat. even as photographs of his blood-soaked crime scene were displayed and a survivor called him "evil."

Roof's own mother had a heart attack during a survivor's tearful testimony and had to be hospitalized on Wednesday.

The 22-year-old faces the death penalty if convicted on hate crimes charges over the massacre.

Prosecutors refused to accept his offer to plead guilty to the 33 federal charges against him in exchange for a life sentence. So Roof then entered a not guilty plea.

The accused gunman is also facing state murder charges in South Carolina that could see him sentenced to death. That trial is not due to begin until January 17.