US accused of seeking climate funding waiver at UN talks 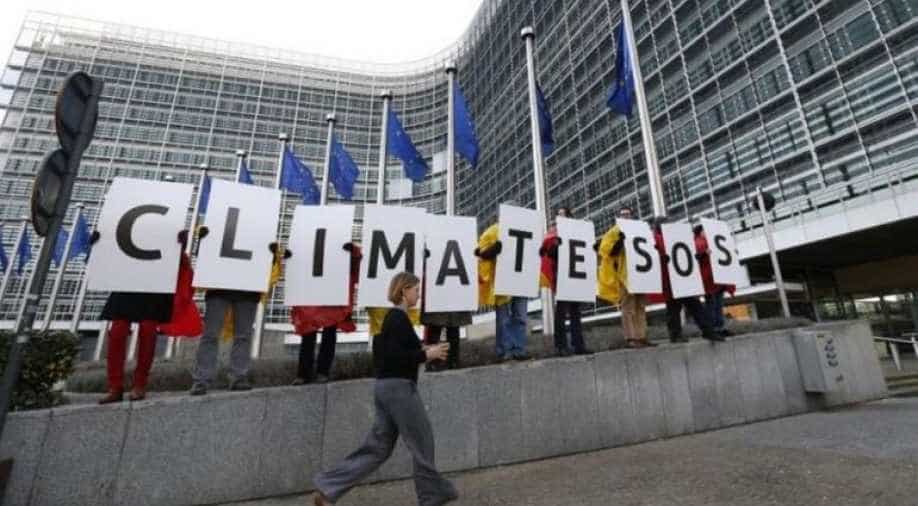 A new mechanism was established in 2013, but with damage estimates running to $150 billion

The United States was accused Wednesday of using crunch UN talks to avoid compensating poorer nations hit by climate change, despite its decision to leave the process to limit global warming.

Delegates and observers at the COP25 negotiations in Madrid told AFP that Washington was pushing for a change in the rules of the UN climate convention that could let history's largest emitter largely off the hook when it comes to so-called "loss and damage" funding for developing nations.

Under the bedrock UN climate treaty, adopted in 1992, rich nations agreed to shoulder more responsibility for curbing global warming, and to help developing countries prepare for unavoidable future impacts, the twin pillars of "mitigation" and "adaptation".

But there was no provision for helping countries already reeling in a climate-addled world, such as Mozambique, recently hit by devastating cyclones, and small island states literally disappearing under the waves.

A new mechanism was established in 2013, but with damage estimates running to $150 billion (135 billion euros) a year by 2025, there is no agreement on where the money might come from or even if it should be paid.

One of the tasks facing delegates in Madrid is reviewing the framework for how countries might pay and account for this money.

A document said to be circulated by US negotiators to delegation heads, seen by AFP, proposes to transpose a key provision under the 2015 Paris agreement -- from which the United States is withdrawing -- and apply it to the wider COP process, where the US will maintain a seat at the table.

The clause in question was adopted by countries in 2015 to specify that the landmark climate deal "does not involve or provide a basis for any liability or compensation".

By seeking to apply the wording to the UN process as a whole, observers say the US is essentially proposing a liability waiver for richer countries in financing blameless poorer nations' fight against climate impacts.

Delegates representing developing countries said the US proposal was "unimaginable" and vowed to block it.

"Climate change has been triggered due to historic responsibilities," Ammar Hijazi, the head of the G77 negotiating bloc at COP25, told AFP.

"What's affecting the most vulnerable needs to be addressed in that vein."

Hijazi said the US proposal was contrary to the core UN climate principle that richer nations responsible for the most emissions must do more to help poorer nations adapt.

"It undermines the whole process," he said.

"If you take that principle out of the formula... you start defaulting on your historic responsibility and what you yourself have committed to under the convention."

The US move is also designed to leave open access for Washington to the UN executive committee that decides on loss and damage funding, several sources noted.

This could allow the US to stymie climate finance for years to come despite pulling out of Paris.

"The Trump administration is now making a cynical and paranoid play to further distance itself from responsibility for the harmful impacts of climate change and to further protect itself and other polluters from liability for the crisis," said Harjeet Singh, global climate lead at ActionAid.

The US delegation said it had no comment on the issue.

Carlos Fuller, the lead negotiator for small island nations, said that the US proposal was unnecessary.

"The US wants to be part of the process and so they believe they need to have a decision saying that," he said.

"We need to engage them. We believe we both want to get to the same place but we're coming from different angles."

Alpha Kaboga, a negotiator from Guinea and a member of the UN's executive committee on loss and damage, told AFP that the US stance was another example of rich nations ignoring the climate needs of poorer countries.

"You see the climate impact now," he said.

"Bringing very critical language like (the US proposal) into the convention is something that's going to be very difficult for us to accept."

"It concerns not only us but also our children and grandchildren," he added.