Australia: Thousands protest against climate change with bushfire in focus 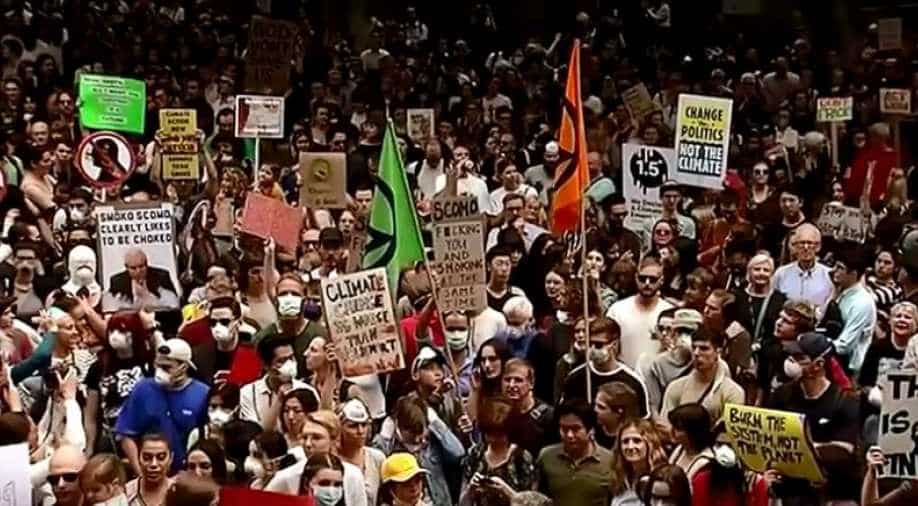 The thick smoke that has covered Sydney for weeks has sparked protests across Australia.

Thousands gathered outside Sydney's Town Hall, as cooler winds eased bushfires and contained the haze around the city.

The protests have been demanding action by the government amid the bushfire crisis. The protesters wore face maks, held placards, and chanted slogans.

The bushfires have claimed the lives of four people since November. Additionally, the fires have burnt about 2.5 million acres of farmland and bush. More than 400 homes were destroyed in the mega-fire.

Owing to public outcry, Australia's Liberal-National government defended its policies regarding climate change. According to them, there is no link between climate change and the severity of fires.

The devastating fires have focused attention on climate change, with scientists saying the blazes have come earlier and with more intensity than usual due to global warming and a prolonged drought.

At least 5,000 people showed up at Wednesday's protest, according to organiser Chloe Rafferty, who said the bushfires and smoke haze had created anger at the conservative government's inaction on curbing emissions.

"People are experiencing it in their day-to-day lives."

As well as a rise in people visiting hospitals with smoke-related health symptoms, the number of emergency calls for ambulances spiked 30 per cent last week.

"However, people with conditions like asthma, emphysema, and angina are at greater risk because the smoke can trigger their symptoms."