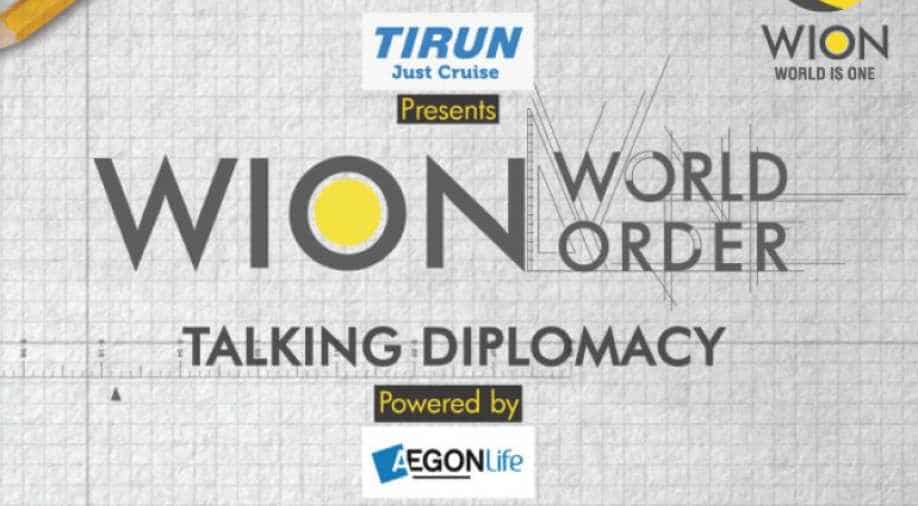 The Indonesian envoy lauded India's Khadi movement and said that the world can learn a lot from New Delhi. 'Khadi is a lot more environment-friendly,' he said.

At WION'S World Order - Talking Diplomacy event, ambassadors and top diplomats converged their ideas on a range of issues. On climate change, the distinguished guests called for an immediate action plan for the sustainability and welfare of the planet.

Brazilian ambassador, H.E. André Aranha Correa do Lago said that the devastating Amazon fires are the "consequence of climate change" while the Indonesian envoy informed that his country's new capital "is going to be a green one".

"Indonesia is most concerned about what is happening to the environment. Our new capital is going to be a green one and it will reduce Jakarta's burden," Indonesian ambassador H.E Sidharto Suryodipuro said.

Mr Suryodipuro emphasised that shifting the capital is a requirement.

"This idea has been there since the 1950s... shifting to the Western side," Suryodipuro said while speaking at the WION event.

Capital city Jakarta's reputation as a crowded, polluted megacity of more than 10 million people - one that is slowly sinking into the sea - is partly why Indonesia plans to move government offices to a "Forest City" in East Kalimantan province, news agency Reuters said in one its report published in September.

The logic of the plan, first mooted nearly 70 years ago, is also to escape Java's earthquake risk and to swing Indonesia's political centre nearer the middle of the archipelago and away from the politically dominant island.

"Kalimantan is an area of tropical forest, we are aware of that. Indonesia also suffered forest fires. These plantations are part of the forest system. They are not cut every year. They capture carbon," Suryodipuro said.

The envoy lauded India's Khadi movement and said that the world can learn a lot from New Delhi. "Khadi is a lot more environment-friendly," he said.

The Brazilian envoy emphasised the gravity of the situation in the Amazon rainforest. "Amazon is bigger than India. There has been an increase in fires across the globe. In developed and developing countries, these extreme events are catching everybody unprepared," Correa do Lago said.

Ambassadors from Spain, Tunisia and Madagascar also share their perspectives on climate change and how urgent the need for an action plan is for their respective countries.

Eduardo Sánchez, Chargé D'affaires, Embassy of Spain said that the "size of the scientific community is huge which we would need to tap. There will be many new opportunities like the creation of green zones".

Argentinian ambassador, H.E. Daniel Chuburu said that every country needs to do its bit to combat climate change. The Tunisian envoy called for a unified, international approach to fight the perils of climate change.

"If one is pursuing an organic approach and the neighbour isn't, it will not work. Those contributing to the emissions more need to take more responsibility," Tunisian ambassador Nejmeddine Lakhal said.

Tahina Rasamoelina, Chargé D'affaires of Madagascar to India said that her country is the fourth most affected from cyclones.

"We have been hit by 63 cyclones over the period. We have to make sure we also meet the challenge of meeting the demands. We can achieve growth at the same time respect the environment and protect diversity," Rasamoelina stated.

Ugo Astuto, Ambassador of the European Union to India called climate change an "existential issue" and said there is an urgent need to "act now".