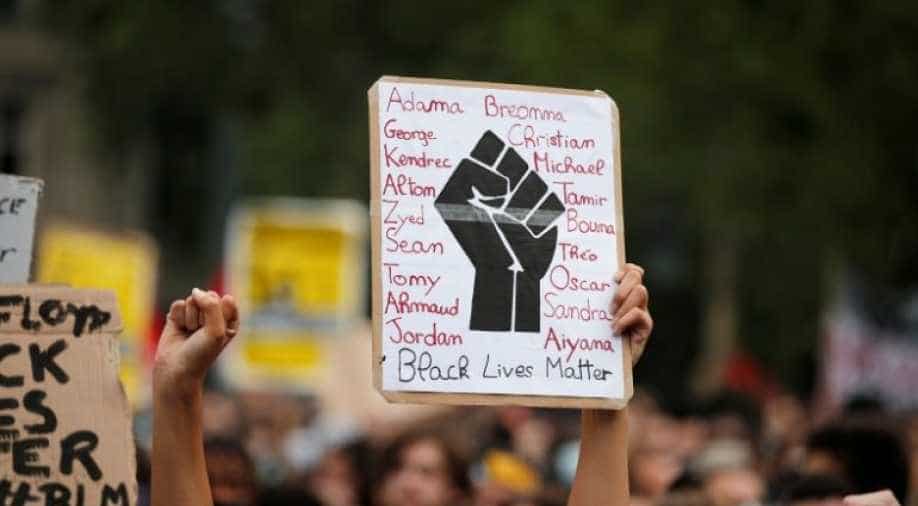 According to UNHRC’s latest statement, the body will analyse related events in the United States

The United Nations Human Rights Council is set to hold a debate on the ongoing crisis of racial discrimination clubbed with “ systemic racism, police brutality, and violence against peaceful protesters”.

According to UNHRC’s latest statement, the body will analyse related events in the United States.

The issue was brought to the body’s notice by African countries, and on a request made by Burkina Faso.

The United States does not hold the membership of the 47-member UNHRC in Geneva. Two years ago the US had quit the forum for its alleged bias against Israel. People react on Highway 395 during a demonstration against racial inequality in the aftermath of the death in Minneapolis police custody of George Floyd, in Washington, US, June 14, 2020 | Reuters

"The death of George Floyd is unfortunately not an isolated incident," said the letter which was marked to UNHRC.

The letter referred to the murder of George Floyd, who was knelt on by a police officer, following which he died on May 25 in the US city of Minneapolis. This stirred nationwide protests that have now spawned into a global movement against racial injustice and police brutality.

"The numbers of previous cases of unarmed people of African descent who met the same fate because of uncontrolled police violence are legion," the letter said. “The international outrage provoked by the death underlined the importance of the Human Rights Council discussing these issue”, it further said.

The letter also claimed that 600 activist groups and relatives of victims have demanded a special session to address racism.

Amid calls to defund the police, the Minneapolis City Council on Friday approved a resolution which would disband contemporary policing methods in favour of a community driven safety mechanism for the citizens.

Just on Friday, another Black man Rayshard Brooks was shot by the police in Atlanta, which spurred protests across the country again.