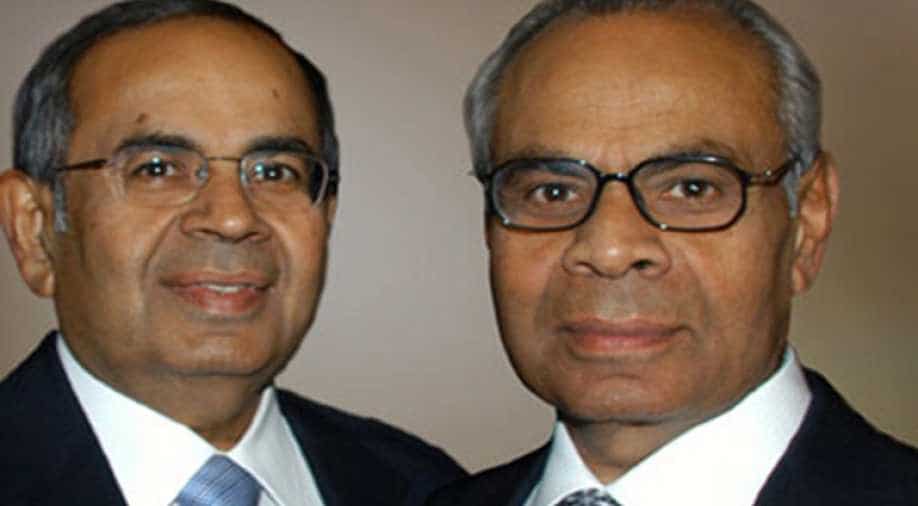 Gopi and Sri Hinduja topped the list with a combined wealth of ?16.2 billion, up ?3.2 billion over the previous year. Photograph:( Zee News Network )

There are now more UK-based billionaires than ever before, at 134. || ||Among the 58 newcomers are famous names including chart topper Adele.

Britain's super-rich "kept calm and carried on making billions" despite worries about Brexit, according to The Sunday Times newspaper's Rich List for 2017, with more billionaires living in the country than ever before.

It said that there are now more UK-based billionaires than ever before, at 134.

Industrialist brothers Sri and Gopi Hinduja topped the list with a combined wealth of £16.2 billion, up £3.2 billion over the previous year.

"While many of us worried about the outcome of the EU referendum, many of Britain's richest people just kept calm and carried on making billions," said the list compiler, Robert Watts.

"We expected to see a chilling effect in the run-up to the EU referendum, but that simply did not materialise."

Britain voted in June 2016 to leave the EU after more than four decades of membership in a referendum that sent shockwaves across Europe.

Despite gloomy forecasts ahead of the referendum, the UK economy proved resilient in the last six months of 2016 with a weaker pound and record low interest rates helping to boost exports and investor confidence.

London remains the city with the most billionaires at 86, up nine over the previous year.

Overall, 19 people increased their wealth by £1 billion or more in a year.

Publicity-shy brothers David and Simon Reuben, who topped the year last year, fell down two places despite adding £900 million to their £14 billion fortune.

Among the 58 newcomers -- a minimum of £110 million is now required to make the list compared to just £15 million in 1997 -- are famous names including chart topper Adele.

The singer, who released her third studio album "25" and went on a world tour in 2016, is now worth £125 million, making her the sixth richest person under 30.

Football player Zlatan Ibrahimovic and "Fifty Shades of Grey" author EL James also made the cut for the first time.

Other well-known names include Paul McCartney (£780 million), Elton John (£290 million), Lewis Hamilton (£131 million), and David and Victoria Beckham who have a combined wealth of £300 million.

Queen Elizabeth II, who turned 91 in April, slipped 10 places to become the 329th richest person in her kingdom, with a wealth of £360 million.

The list does not count the totality of the income and assets from the Crown Estate -- the collection of lands and holdings belonging to the monarch but controlled by an independent board -- whose property portfolio alone is now worth £12 billion.

Her fortune is therefore easily dwarfed by the Duke of Westminster's.

At just 26 the Duke, one of Prince George's godfathers once dubbed "the world's most eligible bachelor," is at the head of a £9.5 billion empire.