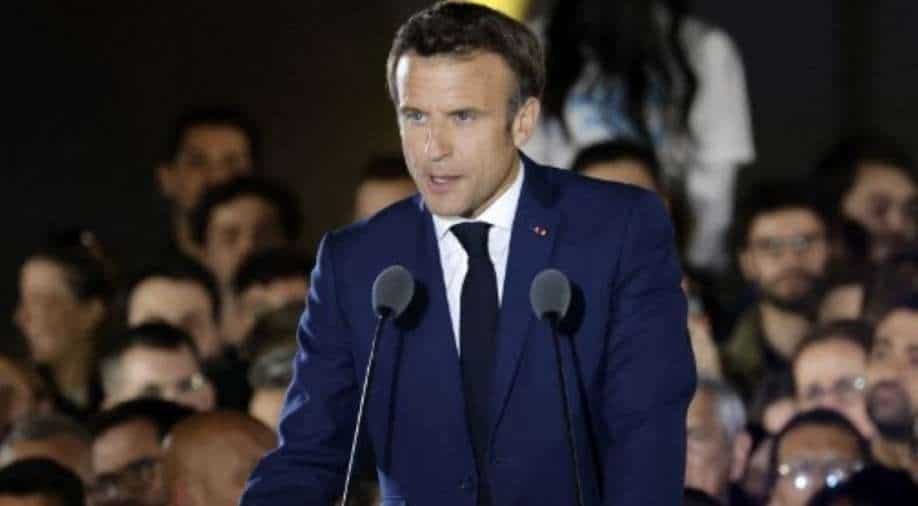 During his speech at the EU parliament, Emmanuel Macron suggested that Ukraine should consider joining a "parallel European community" in the meantime.

A major demand from Ukraine from the start of the Russian invasion has been an accelerated process to include them in the European Union. However, although western countries have helped them with ammunition and funds, the EU membership still remains a far-fetched dream.

France president Emmanuel Macron said on Monday that it can take decades before Ukraine becomes a member of the European Union. During his speech at the EU parliament, he suggested that Ukraine should consider joining a "parallel European community" in the meantime.

"We all know perfectly well that the process to allow [Ukraine] to join would take several years indeed, probably several decades," Macron said on Monday according to the BBC.

"That is the truth, unless we decide to lower the standards for accession. And rethink the unity of our Europe," he added while talking about the ongoing Russian invasion of Ukraine.

There have been talks about accelerating the membership process but it seems unlikely considering the past record of the EU. Macron insisted that the introduction of another parallel organisation can be "a way of anchoring countries which are geographically in Europe and share our values."

Ukraine president Volodymyr Zelensky has asked for a special consideration from the EU and the Ukrainian authorities submitted the second part of their application on Monday.

However, the membership of the European Union is generally granted keeping a number of factors in mind like the economic and global standing of the nations but considering the ongoing conflict in Ukraine, there is a slight chance that the EU may decide to treat this as a special situation.