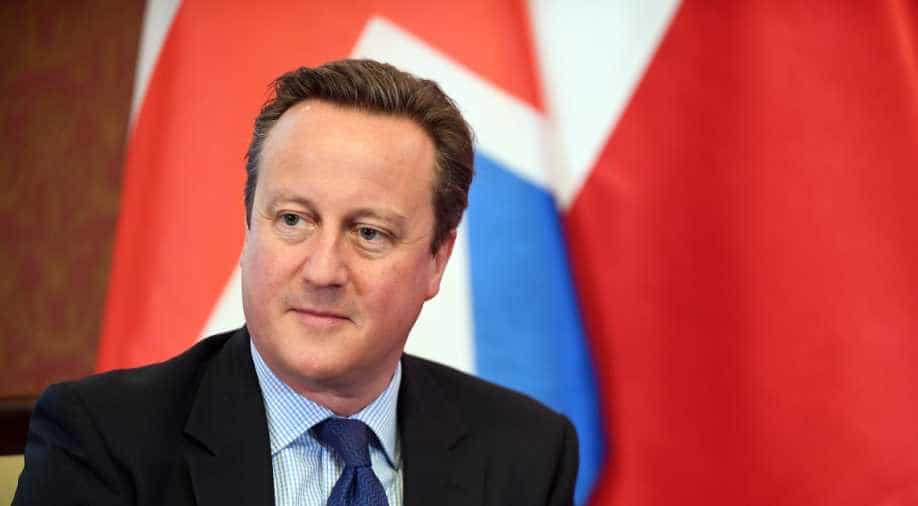 Cameron said he had not been hired by Greensill as a lobbyist, but the situation changed at the start of the COVID pandemic

Former British Prime Minister David Cameron said on Thursday that it was "painful" for him to have to face parliamentary scrutiny over the collapse of Greensill Capital, for which he had acted as an advisor and lobbyist.

"This is a painful day coming back to a place that I love and respect so much, albeit virtually, but in these circumstances," he said in an opening statement to the House of Commons' Treasury Committee.

"Lobbying itself is a necessary and healthy part of our democratic process, but I accept that there's a strong argument that having a former prime minister, engage on behalf of any commercial interest, no matter how laudable the motives and cause, can be open to misinterpretation," he said.

Cameron said he had not been hired by Greensill as a lobbyist, but the situation changed at the start of the COVID pandemic.

Cameron declined to say exactly how much he was paid by Greensill, or how much he would have made from shares he owned if the business had prospered. But he said he had a "big economic interest" in its future.

Cameron repeatedly contacted senior ministers over a four-month period in 2020 to lobby for the now-failed, supply-chain finance firm Greensill Capital, according to documents published on Tuesday.

Cameron was lobbying the government to allow Greensill, founded by Australian banker Lex Greensill in 2011, to access a COVID-19 financing scheme.

The Bank of England said in April that no changes were made to the Covid Corporate Financing Facility as a result of communication between Cameron and Bank officials.

Cameron said that at the time he was lobbying ministers in 2020, he had no sense that Greensill Capital was in financial difficulty.

Cameron served as prime minister from 2010 to 2016, stepping down after he unexpectedly lost a referendum on whether Britain should remain in the European Union.