Turkey witnessed the bloodiest coup attempt in its political history on July 15, 2016, when a section of the Turkish military launched a coordinated operation in several major cities to topple the government and unseat President Recep Tayyip Erdogan

A Turkish court on Thursday jailed 337 former pilots and other suspects for life in one of the largest trials stemming from the bloody 2016 coup attempt against President Recep Tayyip Erdogan.

They were convicted of crimes including murder, trying to overthrow the constitutional order, and attempting to assassinate Erdogan.

More than 250 people were killed on July 15, 2016, when Turkey witnessed the bloodiest coup attempt in its political history. Rogue soldiers commandeered warplanes, helicopters and tanks and sought to take control of state institutions and overthrow the government of President Tayyip Erdogan. 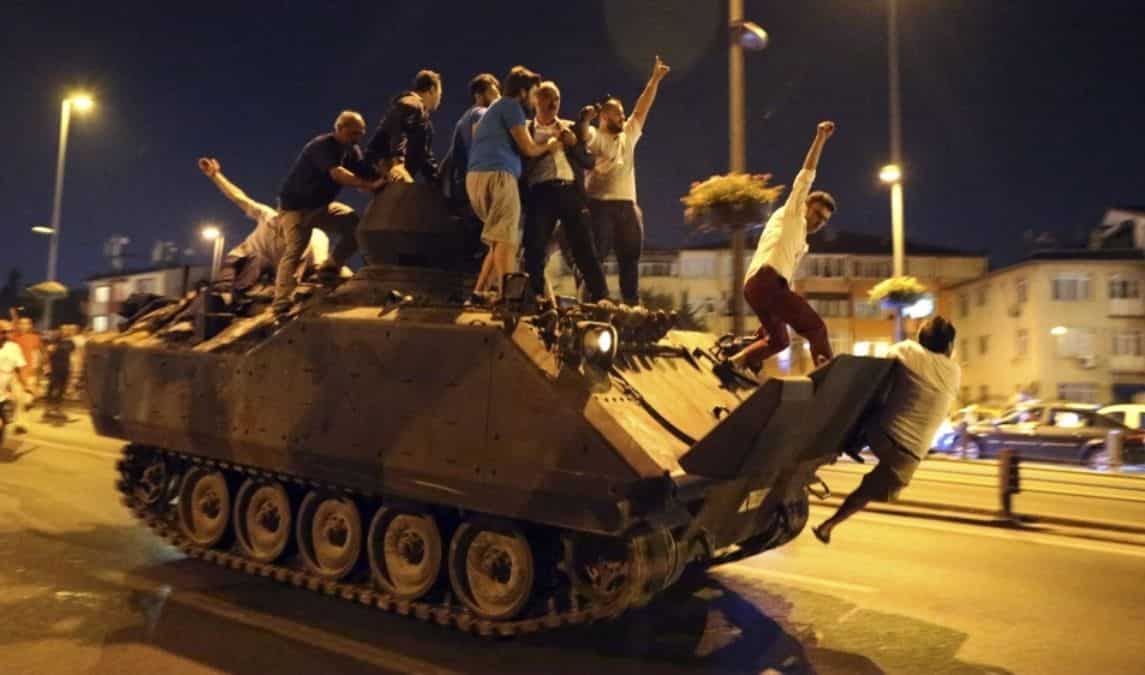 In picture: Thousands of ordinary citizens took to the streets to oppose the attempted coup in Turkey/Reuters

The trial was the highest profile of dozens of court cases targeting thousands of people accused of involvement in the coup attempt, which Ankara blamed on supporters of the US-based Muslim preacher Fethullah Gulen.

Former air force commander Akin Ozturk and others at the Akinci air base near Ankara were accused of directing the coup and bombing government buildings, including parliament, and attempting to kill Erdogan. 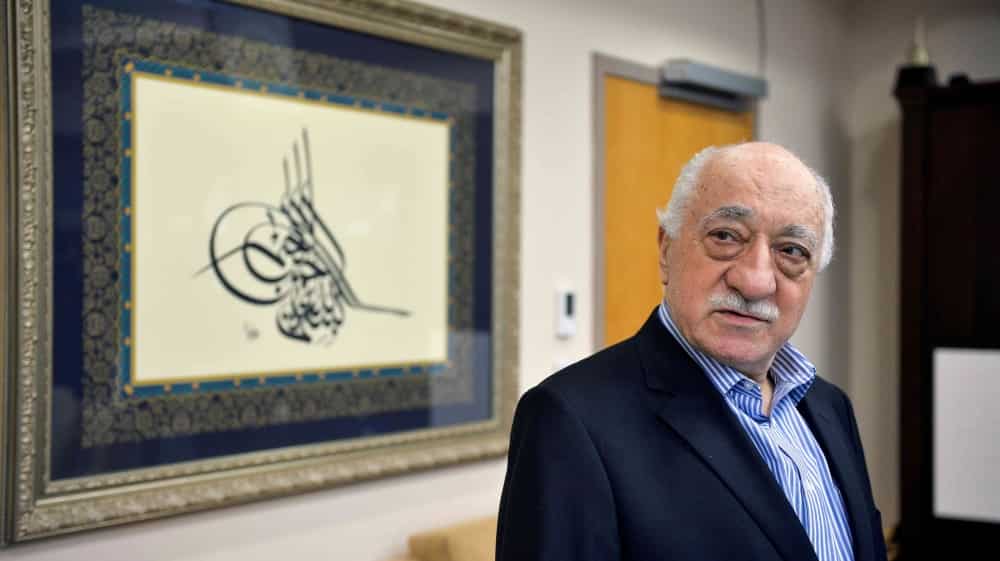 Four ringleaders, dubbed "civilian imams" over ties to Gulen's network, were given 79 aggravated life sentences for charges of attempting to assassinate the president, murder, and seeking to overthrow the constitutional order, state-owned Anadolu news agency said.

F-16 warplane pilots were also among those given aggravated life sentences - the severest punishment in Turkish courts - meaning there is no possibility of parole.

Turkey's then-military chief and now defence minister Hulusi Akar and other commanders were held captive for several hours at the base on the night of the coup. A total of 475 people were on trial, 365 of them in custody.

The 79-year-old cleric Gulen, who was once an ally of Erdogan and has denied any role in the coup, was one of six defendants being tried in absentia. Their dossiers were separated from the main trial, media reports said.

The government declared a state of emergency in Turkey - a NATO member and candidate for European Union membership - after the failed coup and carried out a large-scale crackdown which alarmed Ankara's Western allies.

Some 292,000 people have been detained over alleged links to Gulen, nearly 100,000 of them jailed pending trial, Anadolu cited Interior Minister Suleyman Soylu as saying.

Some 150,000 civil servants were sacked or suspended after the coup, with some 20,000 expelled from the military. Courts have handed down more than 2,500 life sentences.

The government has said the crackdown was needed given the security challenges which Turkey has faced to root out a network of Gulen supporters deeply embedded in the state apparatus.