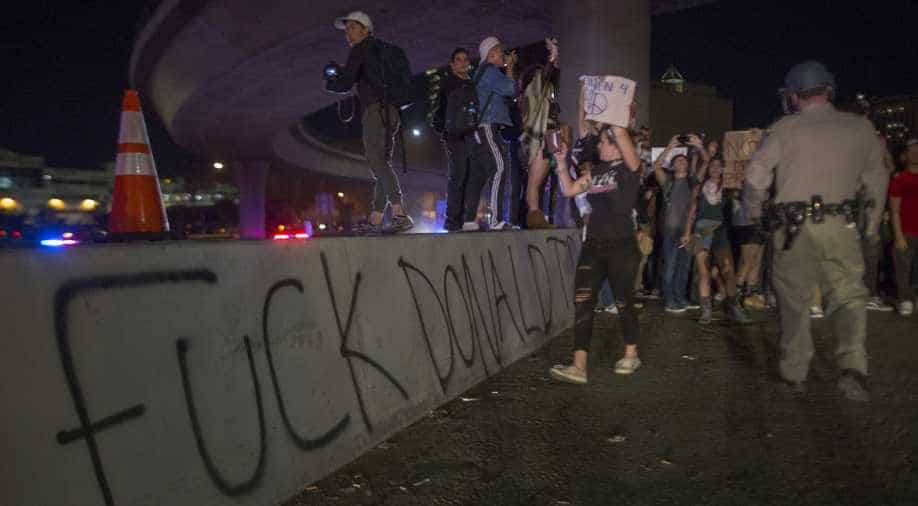 Protesters shut down the 101 freeway in opposition to the upset election of Republican Donald Trump over Democrat Hillary Clinton in the race for President of the United States on November 9 2016 in Los Angeles, California. Photograph:( Getty )

Some in California have wanted to officially leave the United States for some time, but after the 2016 US presidential election result was announced the movement for California to become an indepedent country is growing, the New York Times reports.

"We hit it big with Trump being elected" Marcus Ruiz Evans, the leader of "Yes, California" told the New York Times.

1/ If Trump wins I am announcing and funding a legitimate campaign for California to become its own nation.

Shervin Pishevar, co-founder of Hyperloop One, entrepeneur Marc Hemeon, and Dave Morin, founder of the social network Path, all told the New York Times they are aboard the movement.

California has a larger economy than France, and many in the staunchly Democratic state despise Donald Trump.

It's unclear but probably unlikely that California's secession effort will succeed, but it comes after the Canadian immigration website suffered several outages Tuesday night as Americans inreasingly Googled "emigrate".

"Make America Great Again" seems to be pushing Americans out of America.