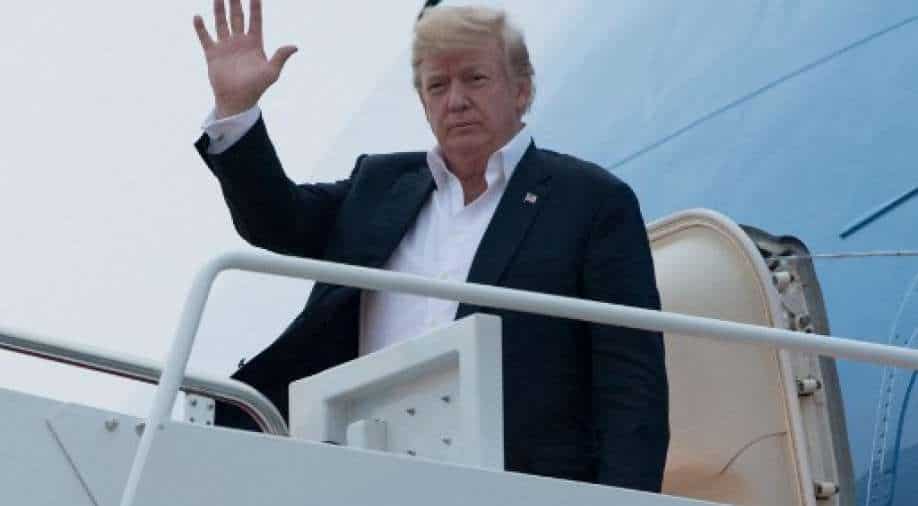 Former US president Donald Trump who until recently regularly travelled on Air Force One was seen boarding a "run-of-the-mill" private jet which was reportedly a Cessna Citation X plane.

Trump was last seen aboard Air Force One when he flew to Palm Beach in Mar-a-Lago after leaving the White House on January 20. At the farewell ceremony at the Joint Base Andrews outside Washington, Trump had said it had been an "incredible four years" and promising to be "back in some form."

The former president was known to be proud of his private jets including the Air Force One aircraft which he had reportedly offered to North Korea's Kim Jong-Un during the Hanoi summit two years ago for a ride back home, an offer which was politely refused by Kim.

Twitter users did not waste much time to take a dig over the US president's apparent "downgrade".

"Donald Trump's taking to the friendly skies in a not-so-friendly plane for someone who was the most powerful man on Earth a couple months ago ... a jet so compact he can't stand up in it"!!! https://t.co/zggQHeU6ZS pic.twitter.com/AchOfRwfAh

We know for a fact that extraordinary measures by the military and secret service are taking place to protect President Trump. We've witnessed the video of fighter jets flying over Mar-a-Lago and a large U.S. Coast Guard Ship within view of Mar-a-Lago. What does it mean? Why?

The jet used by Trump was reportedly a 1997 model registered with the Trump organization. Trump had regularly used his private jet during the US election campaign in 2016 which was a 43-seater 757 plane.

The Cessna in which Trump travelled was apparently an eight-seater with a height of just 5 foot 7 which the US president with a 6-foot-3 frame would have to bend while inside the cabin.