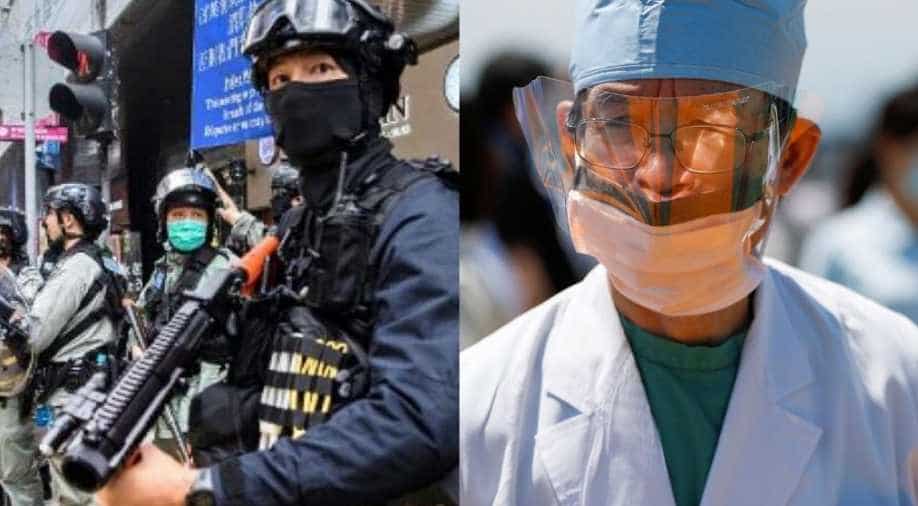 China said today it reserves the right to take "corresponding countermeasures" after the UK government said it could offer Hong Kongers British citizenship if Beijing goes ahead with the national security law. Read more

An effective track-and-trace system will prevent second peak of the COVID-19 pandemic, save lives, and can reduce the number of working hours lost to illness by as much as 50 per cent, according to a major global study. Read more

Iran on Friday announced its highest number of new coronavirus infections in nearly two months and warned the Middle East's deadliest outbreak was worsening in some regions. Read more

Russia on Friday recorded 232 deaths due to coronavirus even as President Putin prepares for World War-II celebrations in Moscow on June 24. Read more

Around 5.8 million cases of the new coronavirus have been officially declared in the world, more than two-thirds of them in Europe and the United States, according to a tally compiled by Johns Hopkins University. Read more

A third night of vandalism gripped Minneapolis as people continued to protest over the death of an unarmed black man after a white police officer knelt on his neck as he lay on the ground following an arrest. Read more

Twitter on Friday said that one of US President Donald Trump's tweets on Minneapolis protests had breached its rules about "glorifying violence." Read more

Beijing has rejected US President Donald Trump's offer to mediate or arbitrate between India and China to end their current border standoff. Read more