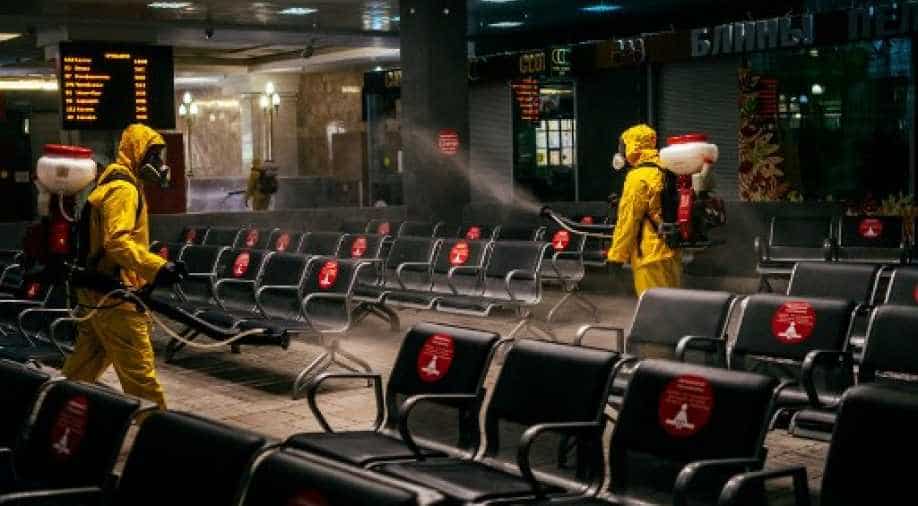 Moscow which is considered the epicenter of the virus reported 2,332 new cases with authorities revealing that 1,561 patients had died in Moscow due to the virus.

Russia on Friday recorded 232 deaths due to coronavirus even as President Putin prepares for World War-II celebrations in Moscow on June 24.

Also Read: More than 1,200 coronavirus deaths in the US in the last 24 hours

Russian health officials said the COVID-19 death toll had climbed to 4,374 deaths with 387,623 infected cases which is the third-highest in the world after the United States and Brazil.

However, new infections were below 9,000, health officials said with 159,257 patients having recovered from the virus.

Moscow which is considered the epicenter of the virus reported 2,332 new cases with authorities revealing that 1,561 patients had died in Moscow due to the virus. Moscow's mayor Sergei Sobyanin had earlier announced steps towards lifting the lockdown from June 1 as cases declined.

As the virus continued to spread, Russian doctors said they were full to capacity.

Amid the virus, Kremlin announced that it was coordinating with countries including France to invite President Macron among other leaders to attend the annual military parade in Moscow on June 24 to celebrate victory over Nazi Germany in World War-II.

The parade which is normally held on May 9 every year was suspended in April by President Putin as COVID-19 cases began to surge in the country.

It's quite a short period for compiling the schedules of international leaders," Kremlin spokesperson Dmitry Peskov said, adding that it would be "coordinated on a case-by-case basis" and that each country would be handled individually.