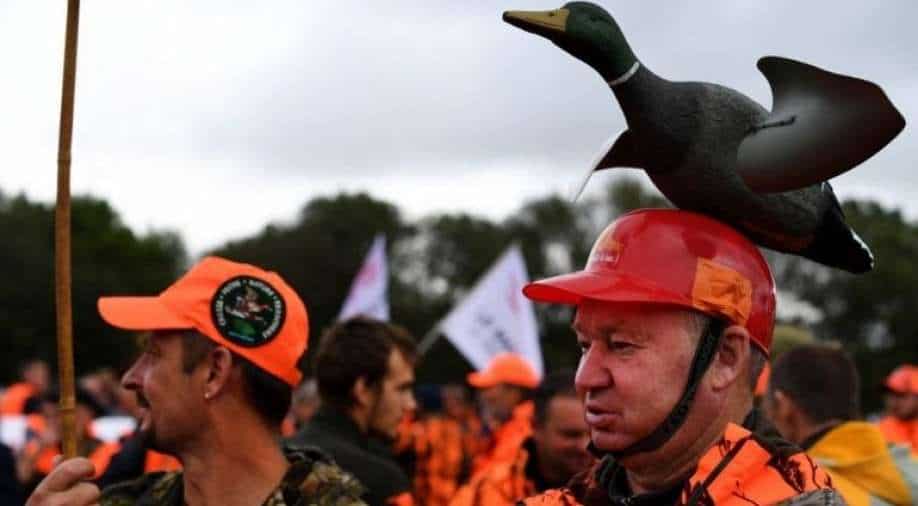 Thousands of hunters marched in France against ban on traditional bird hunting. The ban has been imposed by the country's top administrative court. Around 13,000 protesters looked to defend "rural values" in southwest France’s medieval town of Mont-de-Marsan

In order to defend "rural values" and traditional bird hunting, which has been banned by the country's top administrative court, thousands of hunters marched in France on Saturday.

In southwest France’s medieval town of Mont-de-Marsan, around 13,000 people protested to the sound of hunting horns and firecrackers, said authorities.

The demonstrators marched under driving rain while wearing bright orange, which is the colour of hunters' jackets. Further up in Brittany, a protest was also carried out in Redon and other areas too.

Eric, who likes hunting and fishing in Mont-de-Marsan, said, "I'm sick of seeing my culture fall to pieces. They've already eradicated my language, Gascon, now it's the traditional hunts."

The 47-year-old man added that he was fed up with "the Taliban of Paristan", referring to decision-makers in the capital.

In August, the State Council had banned traditional hunting techniques, which are popular in France, such as hunting with nets or bird cages, in line with a 2009 EU directive. It followed, the banning of glue hunting in June.

As per activists, around 150,000 birds die annually in France from non-selective hunting techniques, such as glue traps and nets at a time when Europe's bird population is in free-fall.