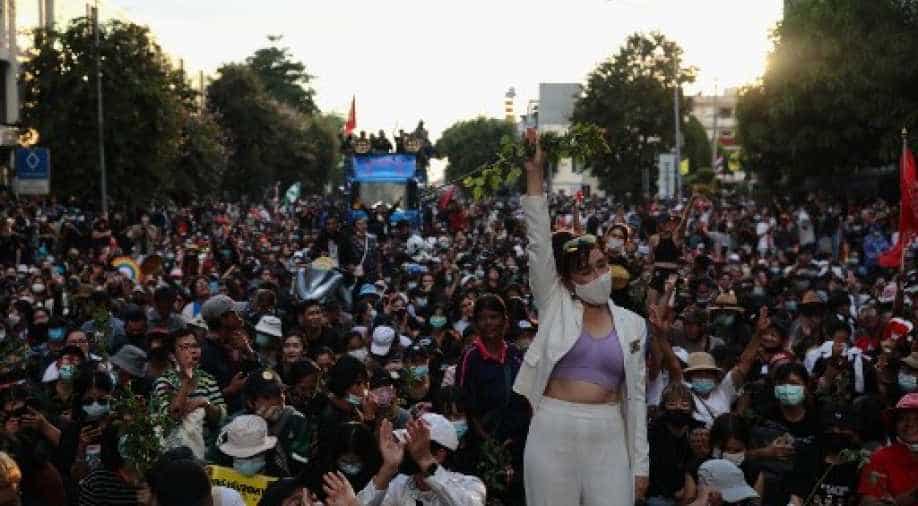 Thailand government on Thursday banned gatherings of five or more people to stop "illegal demonstrations" in Bangkok amid protests.

In an emergency decree, the Thai government also banned publication of "sensitive" news. The country has been hit by large scale protests against Prime Minister Prayuth Chan-ocha and the monarchy with demonstrators demanding political reforms and constitutional changes.

The emergency decree issued by the government took effect at 4 am (2100 GMT) as riot police moved in outside government house as reports said at least three protest leaders were arrested.

"These are orders banning gatherings of five or more people... and banning distributing of news through electronic media that can affect national security," the government said in a statement.

Earlier on Wednesday, the nation's capital was hit with large scale protests demanding the Prime minister Prayuth Chan-ocha's resignation. The demonstration was meant to commemorate the 47th anniversary of 1973 student uprising in which at least 77 people were killed.

Police had earlier cordoned off the protesters from the royal route, however, there were several who still protested as the country's King passed by as protesters chanted "get out" at police protecting the vehicle.