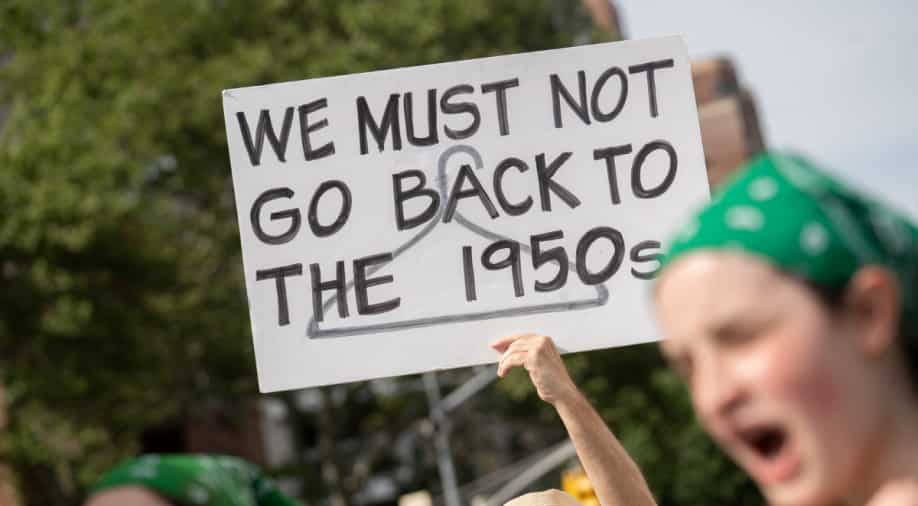 The decades-old 1925 abortion ban in Texas automatically took effect when, in June, the US top court overturned Roe, which had provided a federal constitutional right to abortion.

The law, which was written before Roe, had banned abortions. It punished those who performed them with possible imprisonment.

The decision was celebrated by Texas Attorney General Ken Paxton on Twitter on Saturday morning. Paxton called it a "pro-life victory" for "Texas' unborn babies".

On the other hand, those who are pro-abortion slammed the decision. Julia Kaye, an attorney with the ACLU Reproductive Freedom Project, told The New York Times: "Extremist politicians are on a crusade to force Texans into pregnancy and childbirth against their will, no matter how devastating the consequences."

"Anti-abortion politicians and states across the country have taken the baton from the Supreme Court and have begun to enact abortion bans," said Anthony Romero, executive director of the American Civil Liberties Union (ACLU).

"As of this morning, abortion is unavailable or largely unavailable in approximately 12 states as a result of the Supreme Court's decision," Romero told reporters.

"That number is expected to grow in coming days, weeks and months until we reach approximately 26 states across the country," he said. "More than half the country will ban abortion."