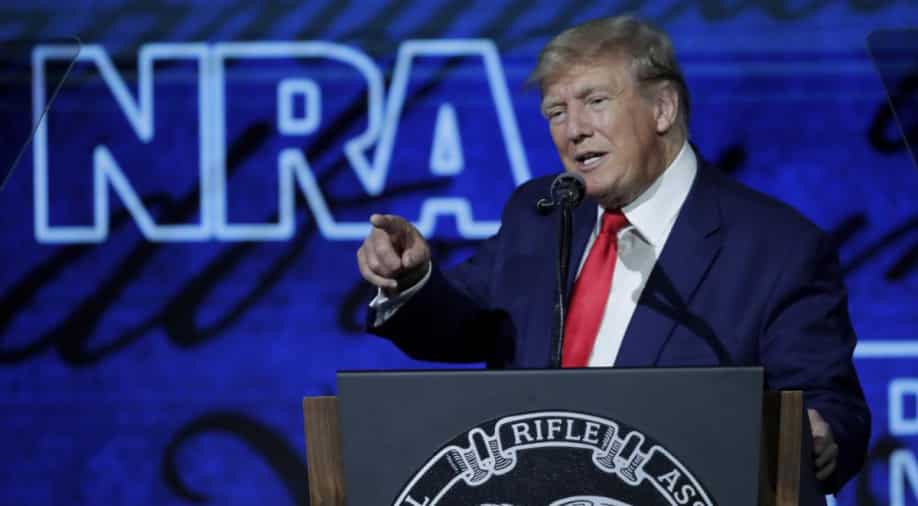 While addressing the National Rifle Association's (NRA) annual meeting, Trump said decent Americans should be allowed the firearms they need to defend themselves

Former US President Donald Trump has said that the 'evil' massacre in Texas, in which 19 children and two teachers were killed by a gunman, is a reason to arm, not to disarm.

While addressing the National Rifle Association's (NRA) annual meeting, Trump said decent Americans should be allowed the firearms they need to defend themselves.

"The existence of evil is one of the very best reasons to arm law-abiding citizens," he said during an event in Houston attended by almost two thousand people.

Suggesting ways to improve security in schools, Trump said that every school should have a single point of entry, strong fencing, and metal detectors, adding there should also be a police official or an armed guard at all times in every school.

According to Trump, "This is not a matter of money. This is a matter of will. If the United States has $40 billion to send to Ukraine, we can do this."

"The various gun control policies being pushed by the left would have done nothing to prevent the horror that took place. Absolutely nothing," he said.

Calling for a "drastic" change to the United States' approach to mental health issues and a security overhaul at schools, Trump said that efforts at gun control were "grotesque."

His remarks came three days after a gun massacre at a Texas elementary school, in which an 18-year-old gunman equipped with an AR-15 style semiautomatic rifle shot dead 21 people, again focused attention on the NRA, a major donor to Congress members, mostly Republicans.

Although NRA's influence has waned as it has become mired in legal battles linked to a corruption scandal, it is still considered the most powerful gun rights organisation in the country that has rejected most initiatives to prevent mass shootings, including expanded background checks on gun purchases.

The Texas shooting has reignited the tinderbox debate about US gun control with Democrats calling for harsh control laws to prevent such incidents.

Instead of passing laws to tighten gun control, Republicans in Washington have suggested "hardening" schools with beefed up security.

According to the Gun Violence Archive, there have been 214 mass shootings this year in just five months in the United States, with a racist massacre at a supermarket in a Black neighborhood of Buffalo just 10 days before the Texas killings.