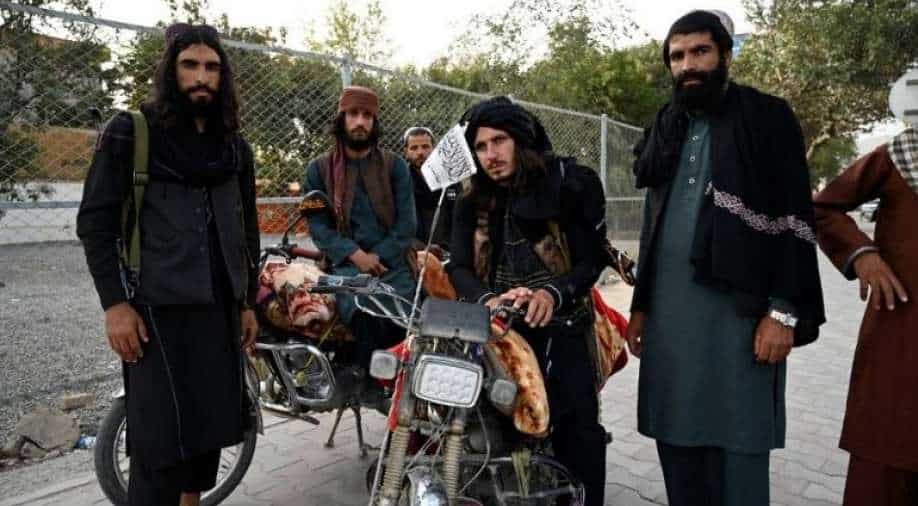 Taliban fighters stand along a road in Kabul on August 18, 2021, after the Taliban's military takeover of Afghanistan. (File Photo) Photograph:( AFP )

In a scathing editorial, the Islamic State organisation lashes out at the Taliban, its regional rival, claiming that the Taliban's control of Afghanistan is a US-backed plot.

The terrorist group Islamic State has claimed that the Taliban in Afghanistan are fake jihadists and that the group is collaborating with the US.

IS has mocked the Taliban's success in Afghanistan in its official weekly publication Al-Naba, alleging that the country was simply handed over to the Islamist rival by the withdrawal of American soldiers.

Watch | Will India recognise the Taliban in Afghanistan?

The article shows a long-standing and bitter rivalry between the Islamic State and the Taliban.

In its first statement since the Taliban took control of Kabul, the terrorist group claimed that the Afghan movement had not engaged in genuine "jihad" — or holy war — and raised doubts about its ability to impose true sharia rule in the country.

Due to ideological differences, IS has a foothold in Afghanistan's Khorasan province and is a sworn adversary of the Taliban.

According to one extract of the editorial, "during the Taliban's march into Kabul, we saw how the American troops and the Taliban coordinated directly, and how the evacuation procedures for thousands of Crusaders and spies continued amid strong trust between the two sides."

IS supporters are likely to begin a coordinated hashtag campaign online to promote the latest IS statement, as they have been doing for days.

IS has described the Taliban as a "Mullah Bradley" project, a reference to jihadists recruited by the US to destabilise the movement from inside.

It also mocked the new Taliban as a tool in the guise of Islam, which would be used by the US to mislead Muslims and combat the Islamic State's foothold in the region.