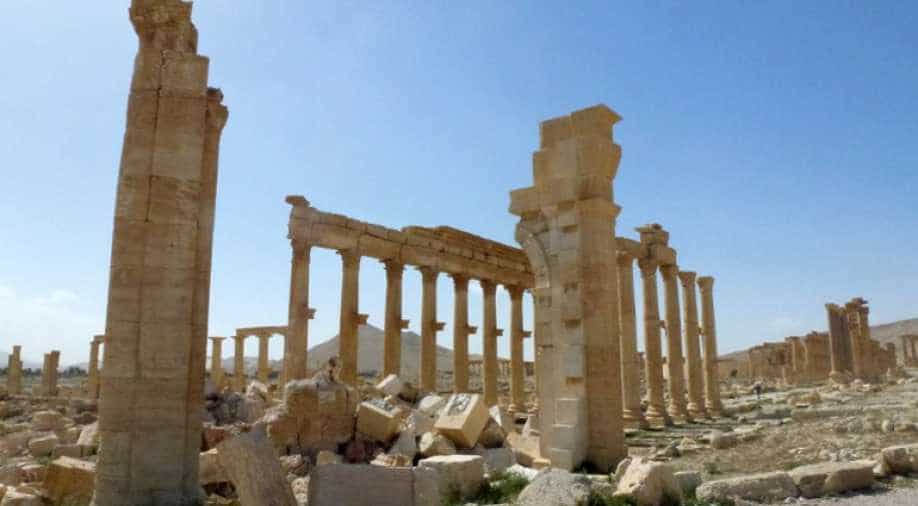 Government forces paused before entering its ravaged ancient ruins because of mines. In photo: The Monumental Arch of Palmyra, destroyed by the IS in 2015. Photograph:( AFP )

The Syrian army backed by Russian jets has completed the recapture of the iconic ancient city of Palmyra from the Islamic State group, the Kremlin said Thursday.

Islamic State group fighters withdrew from much of the Syrian oasis city of Palmyra overnight, a monitor said earlier in the day, but government forces paused before entering its ravaged ancient ruins because of mines.

Russian-backed Syrian troops pushed into a western neighbourhood of the city late on Wednesday after fierce clashes with the jihadists.

By Thursday morning, IS had withdrawn to residential neighbourhoods in the east of the city, the Syrian Observatory for Human Rights said.

Before IS entered Palmyra in May 2015, it boasted temples, colonnaded alleys and elaborately decorated tombs that were among the best preserved classical monuments in the Middle East

"IS withdrew from most of Palmyra after laying mines across the city. There are still suicide bombers left in the eastern neighbourhoods," Observatory head Rami Abdel Rahman told AFP.

"Government forces have not yet been able to enter the heart of the city or the eastern parts."

Palmyra's ancient ruins have long been listed by UNESCO as a world heritage site.

Before IS entered the city in May 2015, they boasted temples, colonnaded alleys and elaborately decorated tombs that were among the best preserved classical monuments in the Middle East.

But the jihadists launched a campaign of destruction against them, the scale of which was fully revealed when government forces briefly retook the city with Russian support last year.

Satellite imagery has shown that IS has demolished more monuments since it recaptured Palmyra from government forces in December.

Syrian antiquities director Maamoun Abdul Karim told AFP he was looking forward to "the end of the nightmare" of IS's rule over Palmyra.

"I feel a mix of joy and fear. Joy, because we're sure that there will be no more damage to the archaeological site at Palmyra, and apprehension to see what has happened to the city," Abdul Karim told AFP by telephone from Damascus.

He said he was impatiently waiting to head to Palmyra himself to see the extent of the damage.

"It's a nightmare... When we talk about Palmyra now, we no longer talk about its beauty. It has become synonymous with fear," Abdul Karim said.