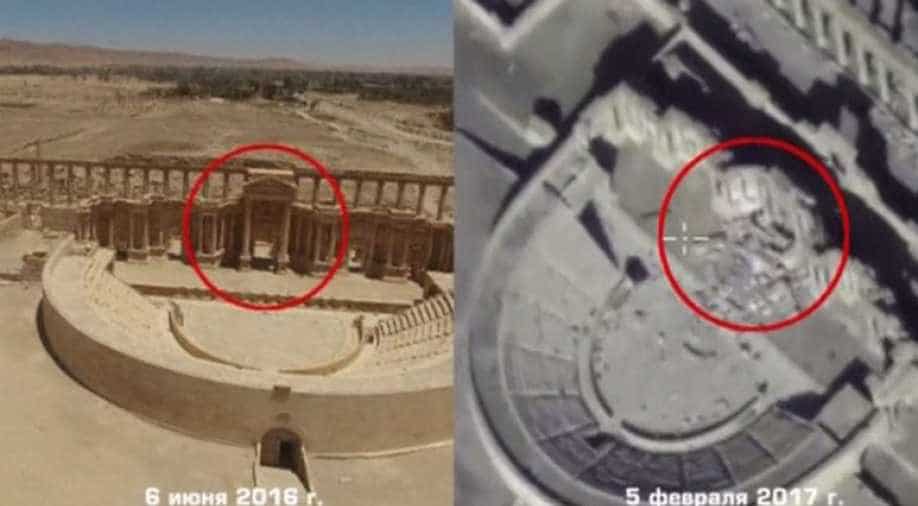 The ancient ruins of Palmyra are perhaps the most fascinating among the many archaeological gems of Syria. When Syrians talk about Palmyra, their voice fills with pride; it is entrenched in their national identity. For centuries, the city attracted and hosted travellers, merchants and visitors from all over the world.

This pride has turned into anxiety after what is being currently happening to Palmyra.

The Islamic State invaded Palmyra for the first time in May 2015, unleashing terror against the city. They begun destroying statues, then they blew up the Temple of Baalshamin and the Temple of Bel. Centuries of human history were destroyed in a few months.

Khaled al-Asaad the famous Syrian archaeologist who was head of antiquities for the ancient city of Palmyra tried his best to hide many of Palmyra's treasures from the Islamic State's pillage . He succeeded but paid with his life: an IS masked executioner cut off his head. His body was tied to a traffic light with his head between his feet.

In March 2016, the Syrian army recaptured Palmyra, but it lost it again in December when an aggressive Islamic State, suffering militarly both in Mosul and Syria, destroyed the Tetrapylon and part of the Roman Theatre.

The Islamic State is still in control of Palmyra, all the citizens of the neighbouring town of Tadmur have fled. There are currently no witnesses on the ground. The picture we published in this article represent all monuments which have been heavily damaged, if not completely destroyed. The city was one of the most important cultural centres of the ancient world and it is one of UNESCO's top world heritage sites.

The Russian army has recently published a video showing the sites which have been damaged or destroyed.