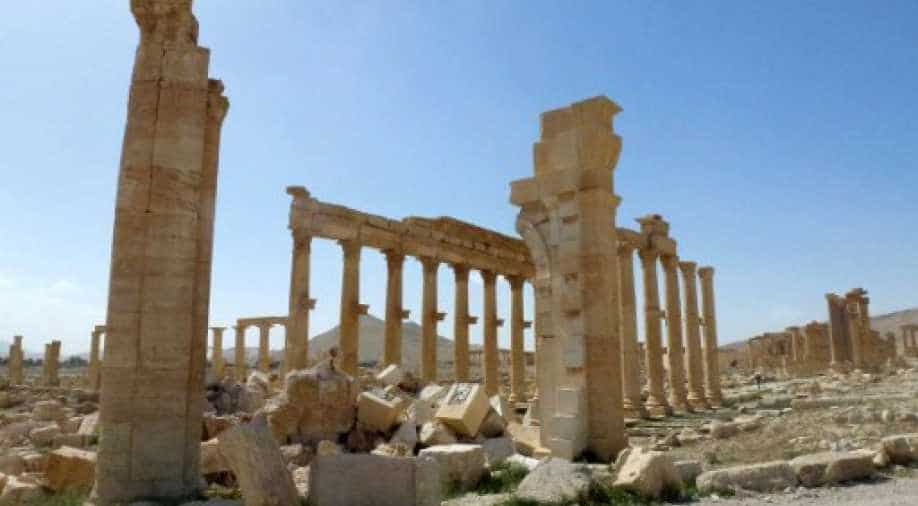 Islamic State militants recaptured Palmyra on Sunday. In photo: IS fighters destroyed Arch of Triumph, also called the Monumental Arch of Palmyra, when they first occupied the ancient city of Palmyra. Photograph:( AFP )

At least 34 people in Palmyra have been killed in a suspected gas attack and heavy bombardment, according to a war monitor.

The Syrian Observatory for Human Rights, citing local sources near the site of the attack in eastern Hama province, northwest of the ancient city of Palmyra, said there were dead bodies with no visible injuries.

This comes a day after Islami State recaptured the ancient city of Palmyra.

The reported attack came from the air and took place near the town of Uqairabat, which lies on a main road leading south into Palmyra from government-held territory, the Observatory said, without specifying who might have been responsible.

Amaq, a news service linked to Islamic State, said in an online statement that 20 people had died and around 200 were injured from breathing problems "as a result of a Russian air attack with sarin gas".

Damascus has said that the conclusions of that investigation were wrong.

On Sunday Islamic State militants recaptured Palmyra despite dozens of Russian air strikes attempting to push them back. It had previously been driven from the city in March.