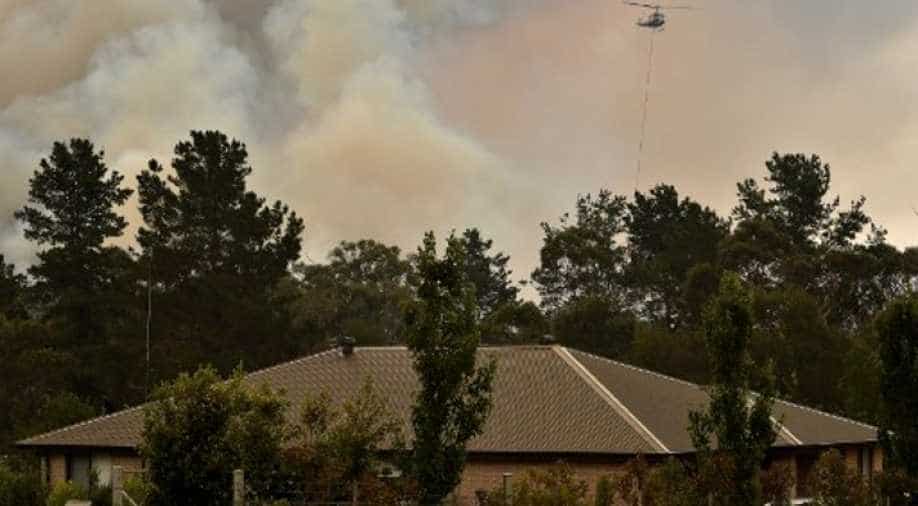 The rain brought some relief for the firefighters who have been battling the blazes non-stop for weeks.

As parts of Australia continue to battle bushfires, residents in Sydney celebrated as the city received much-need rainfall on Christmas Eve.

The rain brought some relief for the firefighters who have been battling the blazes non-stop for weeks with over seventy wildfires still raging in New South Wales, including the massive Gospers mountain blaze near Sydney. Winds have now reduced the pollution levels in Sydney which continues to be shrouded in haze.

Weather forecasters have predicted more rainfall in the region.

Brisbane residents shared videos of a thunderstorm hitting the eastern Australian city on Christmas eve. The sudden shift in weather was largely welcomed after weeks of heat and fires.

Meanwhile, Australian Prime Minister Scott Morrison who has received flak for his response to the wildfires toured the fire-ravaged Adelaide hills area.

PM Scott Morrison announced paid leave for volunteer firefighters during his tour to fire-affected areas across the country.

"I issued a directive to all Commonwealth departments and agencies that will see the full paid leave for emergency services be lifted to a minimum standard of four weeks. And with additional leave able to be provided by those agencies on a need basis," Morrison added.

Australia has been fighting wildfires for weeks now, with blazes destroying over 700 homes and nearly three million acres of bushland.

"I get it that people would have been upset to know that I was holidaying with my family while their families were under great stress," he said as Australians roundly criticised his Hawaiian holiday while the country was battling wildfires.

"I apologise," he said, adding, "there have been lessons learned this week," the embattled prime minister said.