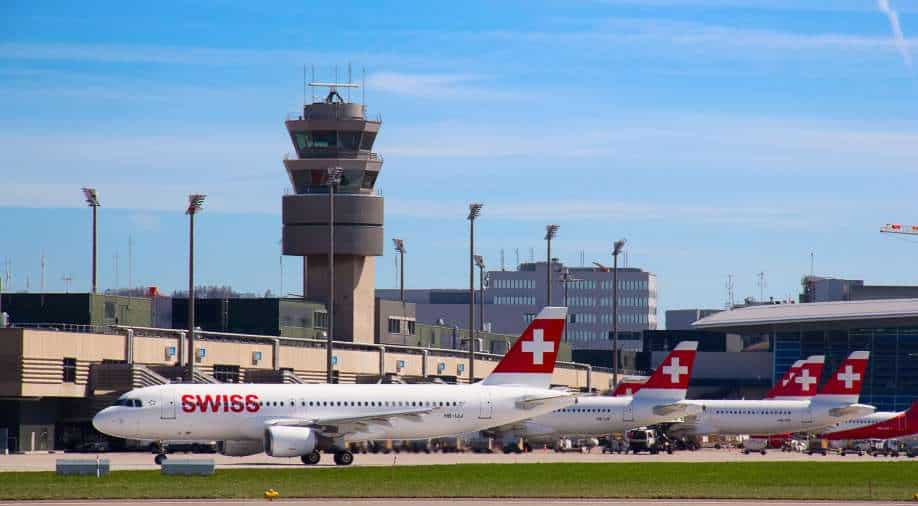 It was not immediately known what caused the technical failure

A technical glitch with the air traffic control system has halted take-offs of all flights to and from the international airports in Geneva and Zurich on Wednesday, according to reports.

Due to the technical problem, Switzerland has ground flights in Geneva and Zurich and diverted four flights from Johannesburg, Dubai, Chicago and Montreal.

This airspace closure is in effect until further notice, it said.

It was not immediately known what caused the technical failure.

In a tweet, the Geneva airport said all flights were suspended until 11 am local time (0900 GMT). The Swizz news agency ATS-Keystone said flights at Zurich's airport were also affected.

“Due to a major computer failure affecting Skyguide, no landings or take-offs can take place this morning in Geneva until 8 am,” Geneva Airport said in a tweet. This airspace closure is in effect until further notice.

Due to a system failure at Skyguide, no takeoffs or landings are currently possible at Zurich Airport. It is currently not clear how long the interruption will last. Further information will follow.

Skyguide is an air navigation service provider that manages and monitors Swiss air space and is also responsible for air safety in the border regions of Germany, France, Italy and Austria.

“The Swiss air navigation service provider Skyguide experienced a technical malfunction in the early hours of this morning, which is why Swiss airspace has been closed to traffic for safety reasons,” Skyguide said in a statement.

The company said that it was working to resolve the crisis and would provide an update when more information was available.