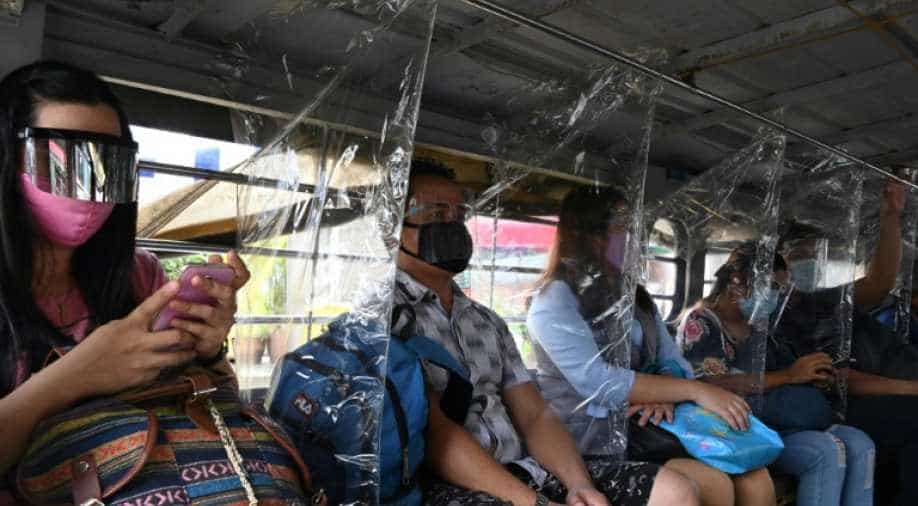 Six months after tough restrictions were introduced to curb the contagion -- including stay-at-home orders, travel bans and no talking on buses and trains -- infections are still rising by several thousand every day.

In the sweltering heat and humidity, 31-year-old Caitlyn Tojanes grumbles about having to wear a face shield over her mask as she waits in line for her bus in the Philippine capital Manila.

"It's uncomfortable. Combined with the long queues it means we get to work already tired and bathed in sweat," said Tojanes, whose commute involves three buses and takes several hours.

But she is resigned to the new normal in the Philippines, where it is now compulsory to wear both masks and plastic shields in indoor public spaces and on public transport to curb the spread of the coronavirus.

"With Covid, it's up to the people to maintain discipline," said Tojanes, who works as a store manager in the sprawling capital of 12 million where most of the country's infections have been recorded.

"People should not put the entire burden on the government. We must practise self-discipline."

The latest measure comes as the country struggles to contain the virus outbreak, recording the highest number of confirmed cases in Southeast Asia with more than 283,000 infections and over 4,900 deaths.

Six months after tough restrictions were introduced to curb the contagion -- including stay-at-home orders, travel bans and no talking on buses and trains -- infections are still rising by several thousand every day.

Some measures have been eased to help kickstart the devastated economy.

"It's a big adjustment having to wear a mask and a face shield and having to wash your hands with alcohol each time you touch something," said Jeff Langurayan, 31, his voice slightly muffled by the layers of material and plastic over his face.

But he accepts the need for precautions.

"A lot of people have died and you do not know what will hit you and what effect it would have on your body."