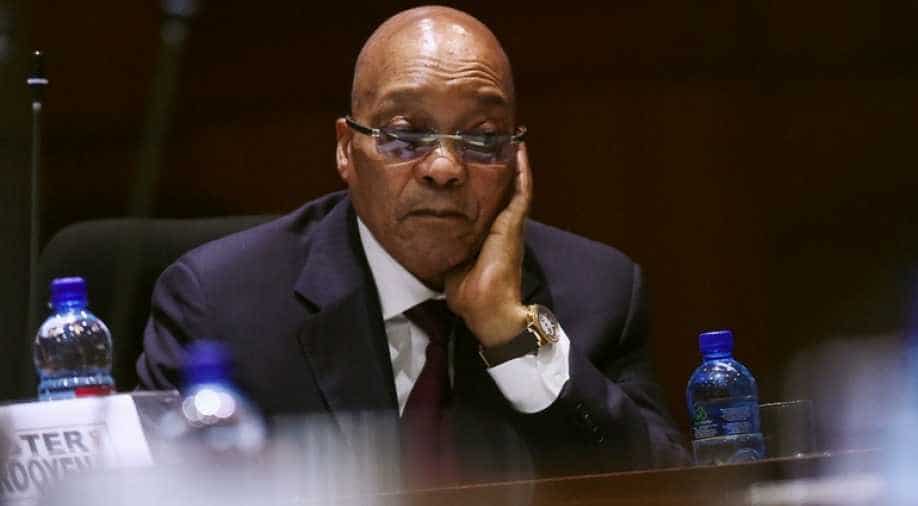 Former South African president Jacob Zuma will face prosecution on corruption charges that haunted much of his term in office, the country's chief prosecutor said Friday.

The ruling is the latest twist in a case that has dogged post-apartheid South Africa's democratic leadership after the country inked a $5-billion (4.2-billion-euro) arms deal in the 1990s.

"After consideration of the matter I am of the view there are reasonable prospects of a successful prosecution of Mr Zuma on the charges listed in the indictment," said National Director of Public Prosecutions Shaun Abrahams at a media briefing in Pretoria.

Zuma will face racketeering, corruption, money laundering and fraud charges -- all of which can carry lengthy custodial sentences on conviction.

"I am of the view that a trial court would be the most appropriate forum for these issues to be ventilated and to be decided upon," said Abrahams.

The former president could now appeal the ruling on a number of grounds and argue that the decision is illegitimate as Abrahams' own position is uncertain.

In December, the High Court in Pretoria ordered then-deputy president Cyril Ramaphosa to replace Abrahams, ruling that Zuma's original decision to appoint him was "null and void" because he was "conflicted" at the time.

"Justice must not only be done, but must also be seen to be done -- I am mindful that everyone is equal before the law," said Abrahams, who noted that "Mr Zuma disputes all allegations against him".

"I don't think Zuma can stay out of court -- there's too many charges hanging over him," independent political analyst and author Nomavenda Mathiane told AFP ahead of the announcement.

Abrahams said that his department's representatives in Zuma's home region of KwaZulu-Natal "will facilitate the necessary processes for Mr Zuma and his co-accused to appear in court".

Last year, a court ruled against a decision by prosecutors in 2009 to drop the corruption charges against Zuma just months before he became president, laying the path to Friday's announcement.

Zuma's criminal charges relate to an arms procurement deals struck by the government in the late 1990s and from which he is accused of profiting corruptly to the tune of four million rand ($345,000, 280,000 euros).

Zuma and other officials were accused of taking kickbacks from the purchase of fighter jets, patrol boats and other arms manufactured by five European firms, including British military equipment maker BAE Systems and French company Thales.

In 2005 Zuma's former financial adviser Schabir Shaik was convicted for facilitating bribes over the contracts and sentenced to 15 years in prison. He was later released on medical parole.

Zuma resigned as president last month after the ruling African National Congress (ANC) party threatened to remove him from office.

The ANC noted Friday's decision and called in a statement for "Comrade Zacob Zuma to be presumed innocent until, and if, proven guilty".

The AfriForum campaign group, which has railed against corruption in South Africa's democratic era, had threatened to privately prosecute Zuma if the National Prosecuting Authority (NPA) did not.

"The NPA's decision to prosecute Zuma (is) not only a victory for AfriForum, but also for the principle of equality before the law," said the group's chief executive Kallie Kriel.

In addition to the corruption scandals that dogged his time in office, Zuma had been under fire for his handling of the economy, which has been battered by falling economic growth and record unemployment.

The opposition Democratic Alliance (DA) party has campaigned since 2009 to reactivate the charges.

"It doesn't matter who you are, whether you are the president, in whatever office you hold, accountability must be effective and justice will be met," said DA leader Mmusi Maimane.

"He must have his day in court... We will see him in orange overalls."

Zuma's successor Ramaphosa has vowed to tackle corruption, admitting it was a major problem in the previous government.