Some baby foods have high levels of toxic heavy metals, US report finds 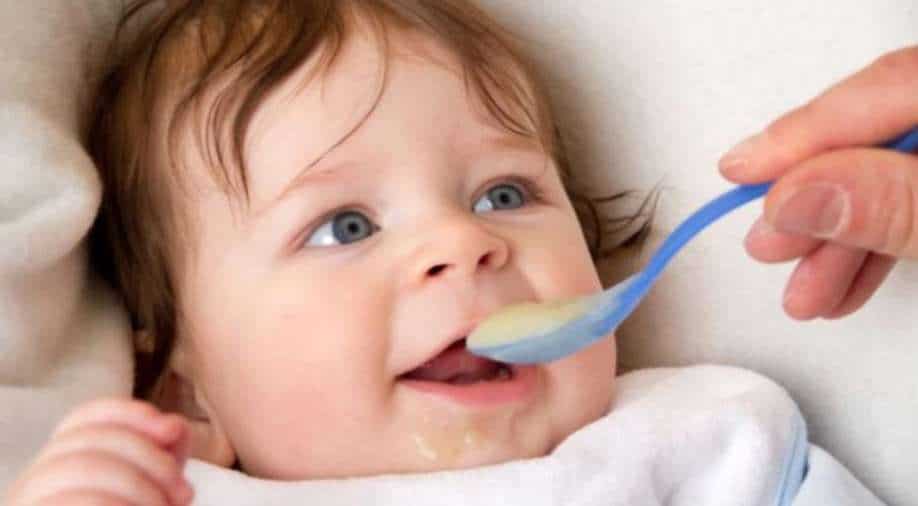 The report was critical also of the administration of former President Donald Trump, saying it "ignored a secret industry presentation to federal regulators revealing increased risks of toxic heavy metals in baby foods."

The US federal regulators have been ordered to set stricter standards on the food manufacturers after a congressional investigation found high levels of toxic metals in several top baby food brands.

According to the House of Representatives oversight subcommittee report, dangerous levels of toxic heavy metals are in certain baby foods that could cause neurological damage.

The panel examined baby foods made by Nurture Inc, Hain Celestial Group Inc, Beech-Nut Nutrition and Gerber, a unit of Nestle, it said, adding that it was "greatly concerned" that Walmart Inc, Campbell Soup Co and Sprout Organic Foods refused to cooperate with the investigation.

Representative Raja Krishnamoorthi, a Democrat who chairs the panel that released the report, said it found "these manufacturers knowingly sell baby food containing high levels of toxic heavy metals ... It’s time that we develop much better standards for the sake of future generations."

A Food and Drug Administration (FDA) spokesman said it was reviewing the report.

The agency noted toxic elements are present in the environment and enter the food supply through soil, water or air. "Because they cannot be completely removed, our goal is to reduce exposure to toxic elements in foods to the greatest extent feasible," the FDA said.

Campbell said in a statement on its website that its products are safe and cited the lack of a current FDA standard for heavy metals in baby food. The company said it thought it had been "full partners" in the study with congressional researchers.

Walmart said it submitted information to the committee in February 2020 and never received any subsequent inquiries. The retail giant requires private label product suppliers to hew to its internal specifications, "which for baby and toddler food means the levels must meet or fall below the limits established by the FDA."

Hain Celestial, which makes Earth's Best, said it had not seen the report and did not have a chance to review it.

A Gerber representative said the elements in question occur naturally in the soil and water in which crops are grown and added it takes multiple steps "to minimize their presence."

The report was critical also of the administration of former President Donald Trump, saying it "ignored a secret industry presentation to federal regulators revealing increased risks of toxic heavy metals in baby foods."

The report said, "in 100% of the Hain baby foods tested, inorganic arsenic levels were higher in the finished baby food than the company estimated they would be based on individual ingredient testing."

It said that in August 2019 the FDA received a secret slide presentation from Hain that said: "corporate policies to test only ingredients, not final products, underrepresent the levels of toxic heavy metals in baby foods."

The report said the FDA took no new action in response. "To this day, baby foods containing toxic heavy metals bear no label or warning to parents. Manufacturers are free to test only ingredients, or, for the vast majority of baby foods, to conduct no testing at all," the report said.

The FDA has declared that inorganic arsenic, lead, cadmium, and mercury are dangerous, particularly to infants and children, the report noted.

The FDA in August finalized guidance to industry, setting an action level of 100 parts per billion inorganic arsenic in infant rice cereal.

"We acknowledge that there is more work to be done, but the FDA reiterates its strong commitment to continue to reduce consumer exposure to toxic elements and other contaminants from food," the FDA said Thursday.