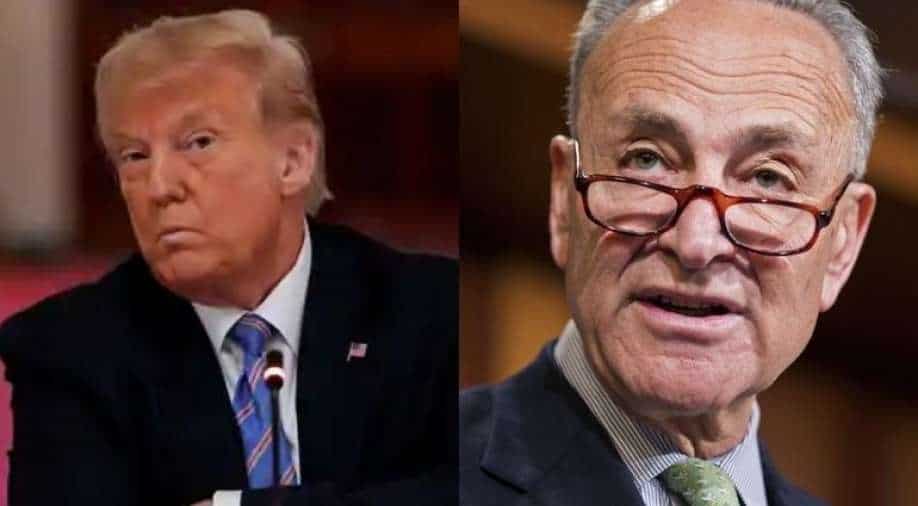 After Joe Biden took over the White House as the US President, the US rejoiced. The happiness was also because the former President Donald Trump will now be facing the brunt of the atrocities performed in the four years of his presidency.

As the reality TV star is set to face the consequences of his actions, the Democratic majority leader Chuck Schumer has promised a fair but quick trial.

"It will be a fair trial but it will move relatively quickly," Schumer said.

Trump will be facing his second impeachment trial — making him the first US President to have this proceeding — in the first few weeks of February. This time he is being charged for inciting and promoting riots in the US Capitol building.

Schumer said the trial will be completely fair but will also be quick simply because "we have so much else to do".

On Monday, the single article of impeachment against Trump will be delivered to the Senate.

Pelosi will mark the formal and official start of the impeachment trial at 7 pm (ET) as she will take the article from the House to the Senate — through the Capitol.

While the official start will be marked on Monday evening, the whole process might take nearly two weeks.

"During that period, the Senate will continue to do other business for the American people, such as cabinet nominations and the Covid relief bill, which would provide relief for millions of Americans who are suffering during this pandemic," Schumer explained.

His impeachment article also accuses him of asking the Georgia secretary Brad Raffensperger to "find" votes and help him overturn the US election results — which has been recorded in a phone call.

Now, in the recent weeks, it has also been advised that a new accusation should be added in the article. This new addition accuses Trump of working with a Justice Department lawyer to replace the then-acting attorney general to help him change the US election result. This report was first published in The New York Times.