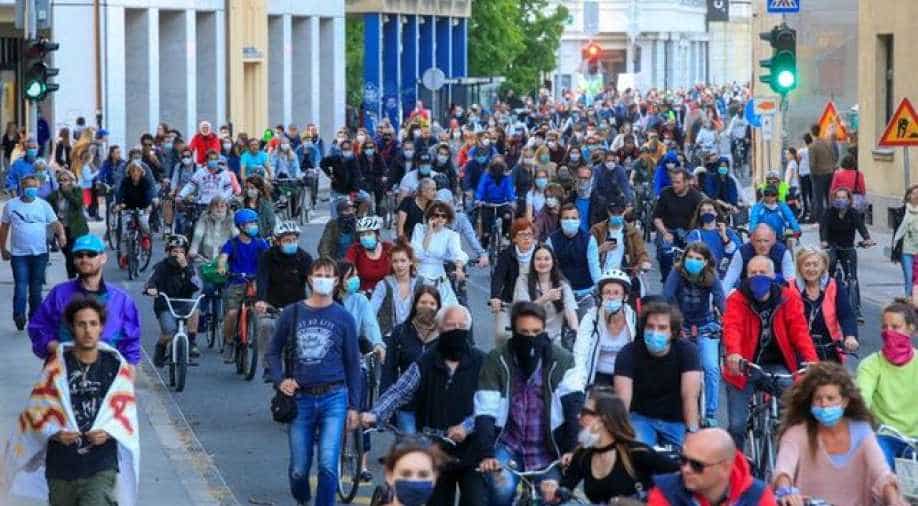 The officials announced the move after the country reportedly confirmed less than seven new cases of coronavirus infections every day for the past 14 days.

Slovenia has become the first European country to declare an end of the coronavirus pandemic at home.

The European Union state's government said on Friday the COVID-19 spread is under control and there is no longer a need for extraordinary health measures.

"Today Slovenia has the best epidemic situation in Europe, which enables us to call off the general epidemic," Prime Minister Janez Jansa said, two months after the epidemic was declared.

The officials announced the move after the country reportedly confirmed less than seven new cases of coronavirus infections every day for the past 14 days.

More restrictions have now been eased in the country and people entering from other European Union states would no longer be subjected to a mandatory quarantine period of one week like it was in early April.

The educational institutions will be allowed to accept students in preschools along with in the first three grades in primary schools. All shops and driving schools are also given a green signal to resume their services. However, the opening hours of food shops are still barred from 8:00am to 6pm except for the shops that were already open for less than ten hours prior to March 12.

The government continues to relax restrictions adopted due to the #COVID19 epidemichttps://t.co/fOcygAKBbs pic.twitter.com/n7yrlRJULM

The mountainous nation of two million people, which borders Italy, has opened its borders for all EU citizens, while non-EU citizens will have to stay in quarantine.

It had reported some 1,500 coronavirus cases and 103 deaths as of Thursday.