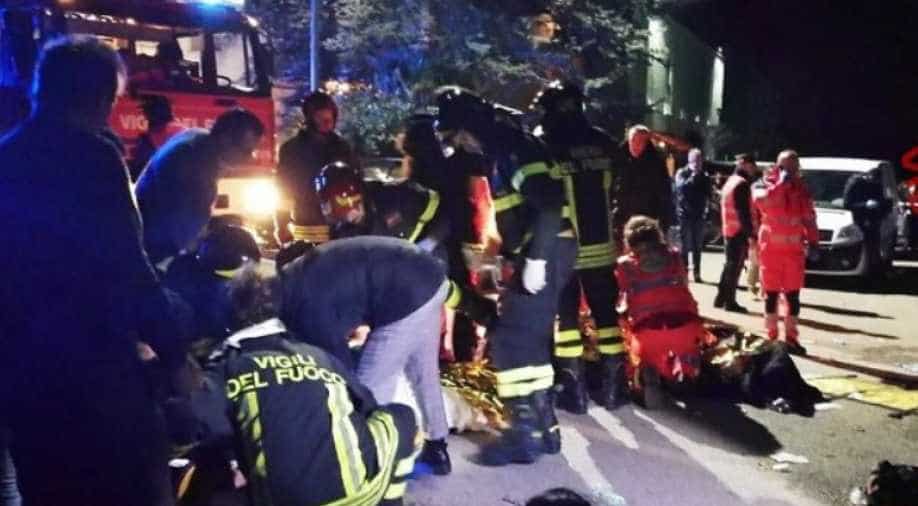 Local media reports say that the panic erupted after pepper spray like substance was fired inside the club.

At least six people died on Saturday after panic erupted at an Italian nightclub near Ancona on the Adriatic coast on Saturday, news agency AFP reported.

According to local media reports over 100 people have also been injured in the incident.

"The cause may have been the dispersal of a stinging substance, the young people fled and trampled over each over. Sadly, six people died and dozens are injured," the fire service said in a statement on Twitter.

Local media reports say that the panic erupted after pepper spray like substance was fired inside the club.

Around 1000 people were thought to be inside Blue Lantern club in the town of Corinaldo when the incident occurred. They were attending a live concert of Italian rapper Sfefa Ebbasta.

The local emergency services tweeted images from the scene:

In 2017, a woman died and 1,500 were injured in a stampede during the broadcast of a Champions League football match final in Turin when rumours of a bombing sparked panic.

Eight people were arrested on suspicion of causing the scramble by dispersing an irritating substance in a bid to steal from the crowd.