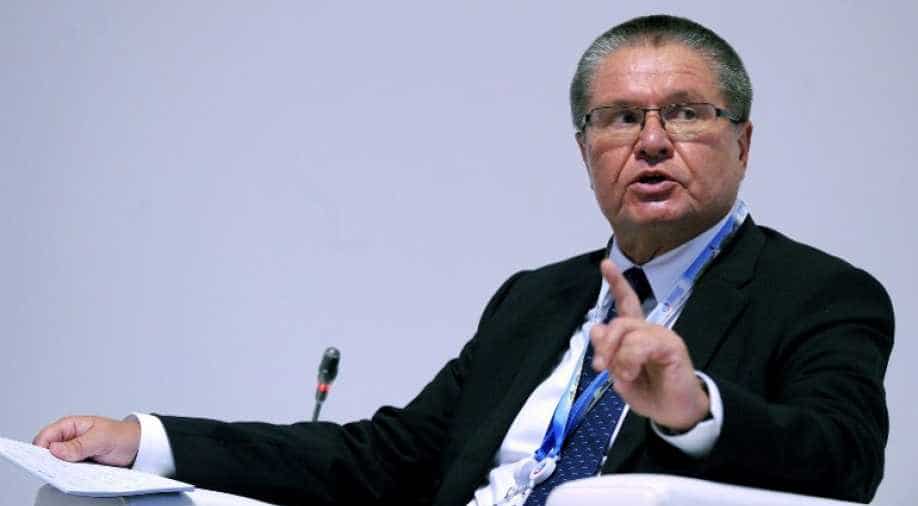 The Investigative Committee said in a statement that Ulyukayev had been detained as part of a probe into large-scale bribe taking, for which he could face a jail term of between 8 and 15 years. Photograph:( AFP )

Russia's Investigative Committee said on Tuesday that it had detained economy minister Alexei Ulyukayev on suspicion of taking a two-million-dollar bribe over a massive deal involving state-controlled oil giant Rosneft.

The Investigative Committee said in a statement on Tuesday that the detention was carried out as a result of an operation by the FSB security service, the successor to the KGB.

It claimed the minister received the money on Monday for giving the go-ahead for Rosneft to acquire a majority stake from the state in Russian oil company Bashneft in a $5.2 billion deal last month.

The Investigative Committee said in a statement that Ulyukayev had been detained as part of a probe into large-scale bribe taking, for which he could face a jail term of between 8 and 15 years.

It said that it will charge him shortly.

Spokeswoman Svetlana Petrenko told RIA Novosti news agency: "This is about extortion of a bribe from Rosneft representatives accompanied by threats."

"Ulyukayev was caught red-handed as he received a bribe," she said.

Ulyukayev has served as head of the ministry of economic development since 2013.

A spokesman for Rosneft told TASS state news agency the company would not comment on the Investigative Committee's actions but that it acquired the Bashneft stake "in accordance with Russian law on the basis of the best commercial offer made to the operating bank".

Kremlin spokesman Dmitry Peskov told Interfax news agency: "This is a very serious accusation that requires very serious proof. In any case, only a court can decide."

Asked if President Vladimir Putin knew of the detention, he said: "It's night time, I don't know if the president has been informed."

First deputy central bank chief Sergei Shvetsov told RIA Novosti state news agency that Ulyukayev "was the last person you would suspect of something like this. What is written in the media looks absurd. Nothing is clear now.