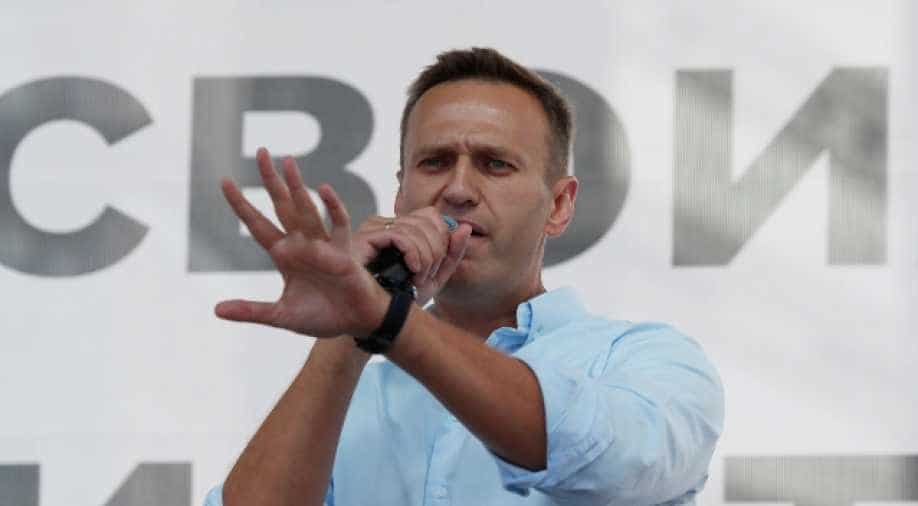 Navalny's spokesman had said on Twitter that Navalny was 'forcibly detained and led away', adding, 'he did not put up resistance'.

Russian opposition leader Alexei Navalny's spokesman said he is free after reporting earlier that he was detained as authorities conducted searches during a raid in his headquarters of the anti-corruption foundation in Moscow.

Yarmysh had said on Twitter that Navalny was "forcibly detained and led away", adding, "he did not put up resistance".

Navalny's detention came a day after he said that the forcible military conscription of his key aide Ruslan Shaveddinov to a remote base in the Arctic amounted to kidnapping and illegal imprisonment.

CCTV footage showed police using power tools to pass through the front door. A group of men, some wearing masks could be seen searching the office before one of them covered the CCTV.

Navalny has called the move part of a coordinated and trumped-up campaign to stifle the Opposition's activities. Navalny's foundation specialises in publishing exposes on corruption by state officials and is the subject of a criminal investigation into alleged money laundering.

The money laundering case was opened in August after Navalny called for protests in Moscow over exclusion of Opposition candidates from local elections.

In October, the justice ministry had formally labelled Navalny's anti-corruption group a "foreign agent" meaning that the group could be subject to spot checks and face bureaucratic scrutiny.