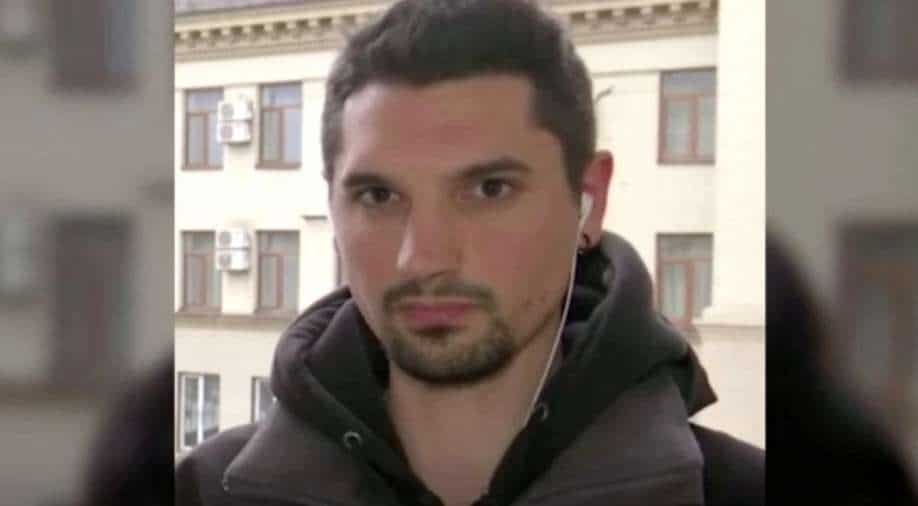 An undated photo of French journalist Frederic Leclerc-Imhoff, who was killed in shelling, is seen in this screengrab taken from a video released by BFM TV, obtained by Reuters on May 30, 2022. Photograph:( Reuters )

French President Emmanuel Macron said on Twitter: "Frederic Leclerc-Imhoff was in Ukraine to show the reality of the war"

Amid the Russia-Ukraine war, a French journalist was killed on Monday (May 30) when shelling struck a vehicle evacuating civilians from eastern Ukraine. French officials confirmed the news and called for an investigation.

In a statement, French Foreign Minister Catherine Colonna, who was in Ukraine on Monday said, "France demands that a probe be carried out as soon as possible and in transparency on the circumstances of this drama."

"I have spoken with the government of Lugansk and asked President [Volodymyr] Zelensky for an inquiry, and they assured me of their help and support," she added.

French President Emmanuel Macron said on Twitter: "Frederic Leclerc-Imhoff was in Ukraine to show the reality of the war. Onboard a humanitarian bus with civilians forced to flee to escape Russian bombs, he was mortally wounded."

Oleg Nikolenko, a spokesman for the Ukrainian foreign ministry, said on Twitter: "We strongly condemn this killing. The list of Russian crimes against media workers in Ukraine keeps expanding."

News agency AFP reported that he was near Severodonetsk, a city in Ukraine's east. Of late, the city has been pounded by Russian troops.

BFM said its journalist had been hit by shrapnel from the bombing. "This tragic event reminds us of the dangers faced by all journalists who have been risking their lives to describe this conflict for more than three months now," BFM said in a statement.

"Frederic wasn't a hothead. He weighed every moment of his mission" and "judged it was secure enough to go along", the broadcaster's chief Marc-Olivier Fogiel said on air.