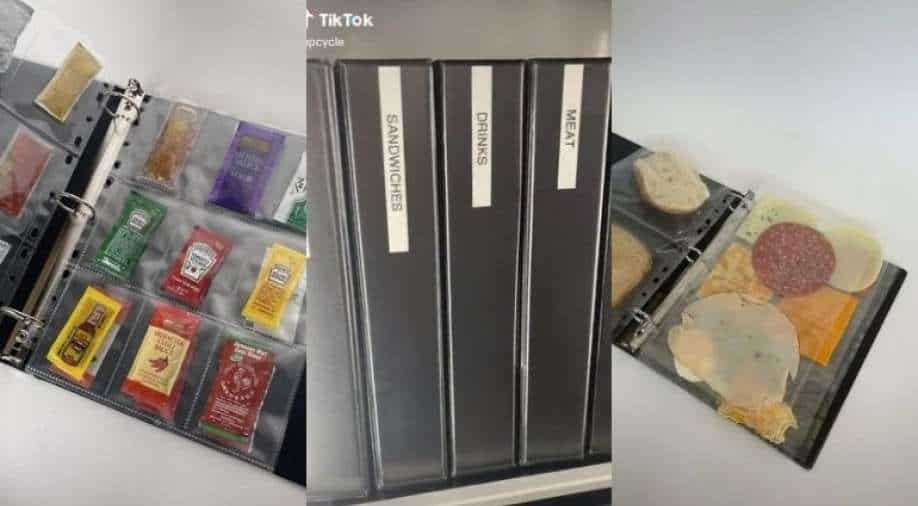 Her idea was inspired by the fact that people organize their refrigerators with labels and containers already.
She decided to take it a step further and super organise according to type of food

Do you remember Monica Geller from the phenomenal hit show F.R.I.E.N.D.S? The internet gods have now blessed us with a real-life Monica!

Several social media users were impressed, while others were horrified when this woman Nicole McLaughlin posted pictures of what was in her fridge. Filed away into ring binders to keep them organised - as some says it gave off "serial killer vibes".

In her video on the video sharing app TikTok, McLaughlin showed rows of labeled folders stacked neatly in her fridge. The folders can be seen to be carrying labels like sandwiches, meat, drinks etc.

McLaughlin then opens the binder labelled 'Sandwiches' to reveal that it contained cheeses, meats, pickles, salad, and slices of bread, all in separate plastic folders.

The video received an impressive 10 million views. Nicole, a designer from New York, says that her projects are mostly concerned with finding fun ways to repurpose items in different ways.

She came up with this idea one night as she was going to sleep. She tells of having the thought, 'what if a refrigerator was just like a library and so organised?'

Her idea was inspired by the fact that people organize their refrigerators with labels and containers already.
She decided to take it a step further and super organise according to type of food, using binders she had laying around. The sandwich folder, for instance, separated all the individual ingredients into compartments, from meat to cheese.

Also read | Japan's Princess Mako marries commoner: Other royals who gave up their titles for love

Lauren says that it's always so funny to see how people would react. She had assumed that most people would take it as a joke, because in which crazy scenario would anyone organize their fridge that way.

However viewers were outraged by the system, after which Nicole pointed out that it was only a project and did not in any way represent her own fridge.