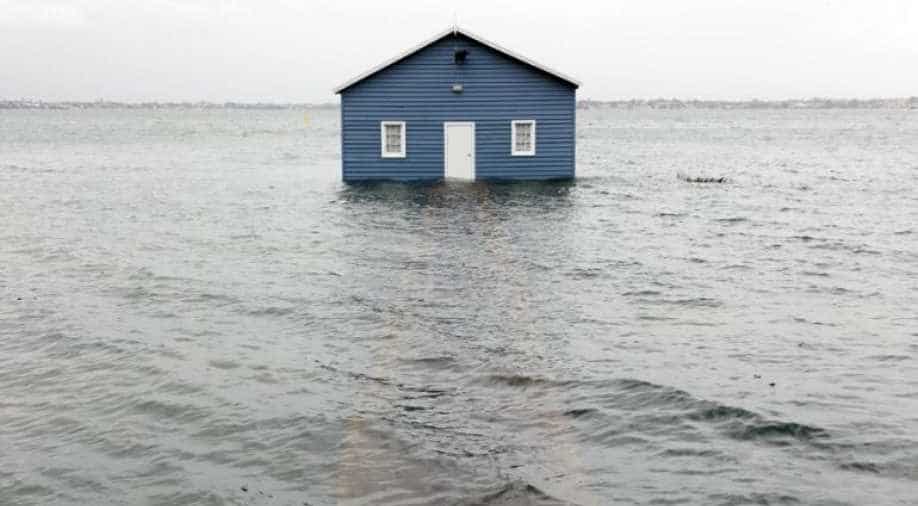 A boathouse on the Swan River sits in water in the Perth suburb of Crawley on May 25, 2020, after the area was lashed by gale force winds and a tidal surge from the remnants of Tropical Cyclone Mangga Photograph:( AFP )

Over 50,000 homes in Western Australia have no electricity owing to the wild weather battering the country for a second day in a row.

Winds with speed of upto 100 km/h have ravaged the state’s coastline over the weekend. Described as a “rare event” and a “once-in-a-decade” storm, the storm is a product of ex-Tropical cyclone Mangga’s collision with a cold front.

Strong winds accompanied by rain and flooding are expected to keep hitting the Australian state.

Wind speeds of over 132 km/hour were recorded in Cape Leeuwin - the state’s southern spot, and recorded the wildest winds in 15 years. 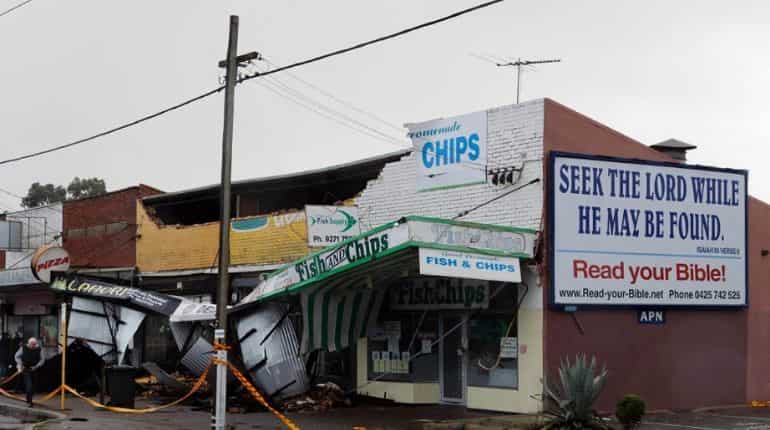 A man (L) walks past shops roped off after they sustained damage in the Perth suburb of Bedford on May 25, 2020, after the area was lashed by gale force winds and a tidal surge from the remnants of Tropical Cyclone Mangga | AFP

"New damage from the windborne debris has meant the overall number of impacted homes and businesses remains high," Western Power announced on Twitter.

The Department of Fire and Emergency Services Chief Superintendent Danny Mosconi told a local news outlet that over 390 emergency calls were received on Sunday alone, mostly from Perth. As of now, the department has received 407 emergency calls.

Dust was seen speedily winding across areas like Gascoyne and Central West, while many towns were barely visible in the haze, as per the information given out by the Bureau of Meteorology. 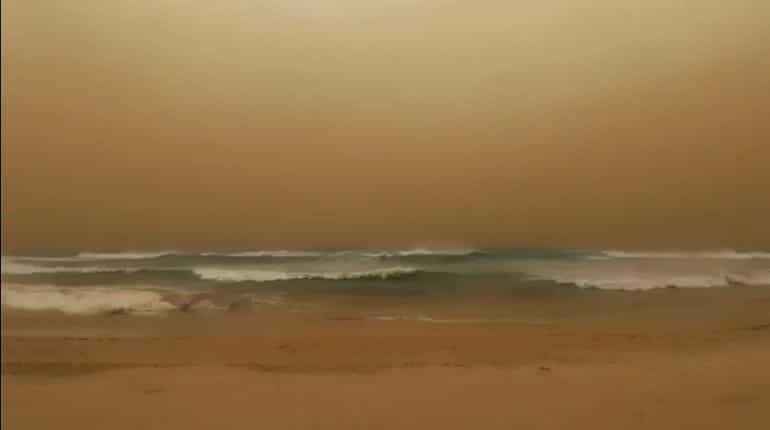 Waves crash to shore as a dust storm blows towards the sea in Geraldton, Western Australia, in this still image taken from a May 24, 2020 | Reuters

Additionally, high tides swarmed the country’s west coast, with many areas recording their highest tides of the year.

On Sunday, almost 62,000 homes were out of power. But the number went down as power was slowly restored. However, the damage done in some areas is too heavy for power to resume immediately.

The government issues warnings against using electrical appliances, and to avoid using landline phones in case of lightning. They were also asked to stay away from windows.

Drivers and motorists were asked not to venture or drive over water of unknown depth and to stay indoors.