Radio Free Europe, with roots in the Cold War, suspends operations in Russia 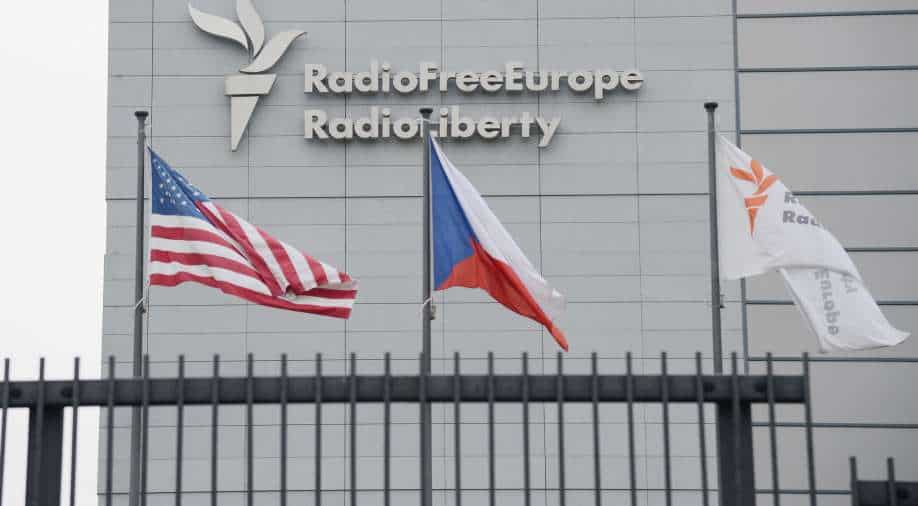 Jamie Fly, Radio Free Europe/Radio Liberty president and CEO, said in a statement Sunday that the move was a result of 'the Putin regime’s assault on the truth'

Radio Free Europe/Radio Liberty, the U.S.-funded media outlet founded in the Cold War to deliver news into communist-controlled countries, announced that it would cease its operations in Russia as the country cracks down on information following its invasion of Ukraine.

Jamie Fly, Radio Free Europe/Radio Liberty president and CEO, said in a statement Sunday that the move was a result of “the Putin regime’s assault on the truth.”

Since its invasion of Ukraine, Russia has moved swiftly to limit free speech and dissent, forcing Western companies to reassess. Bloomberg News, the BBC, CNN International and ABC News have also suspended their news reporting operations inside Russia. The Kremlin has blocked access to Facebook inside the country.

The suspension strikes at the heart of Radio Free Europe/Radio Liberty.

After the fall of the Soviet Union, the now united Radio Free Europe/Radio Liberty created new bureaus in countries just beginning to build their democracies. They trained journalists and tried to help develop local media.

Back then, President Vaclav Havel of the Czech Republic thanked the organization for its role during the Cold War. He even offered the former parliament building as a headquarters for Radio Free Europe.

“We need your professionalism and your ability to see events from a broad perspective,” Havel said.

Friday, local tax officials initiated bankruptcy proceedings against one of its Russian entities, the group said. That is the same day that President Vladimir Putin of Russia signed a new law to punish anyone spreading “false information” about its Ukraine invasion with up to 15 years in prison.

The organization also said that it refused requests by the Russian government to delete information about the Ukraine invasion. After the refusal, Russian authorities blocked access within the country to its websites, the organization said.

In the statement, Fly said the Russian government is “now branding honest journalists as traitors to the Russian state,” adding that its journalists will “continue to tell the truth about Russia’s catastrophic invasion of its neighbour” from outside of the country.