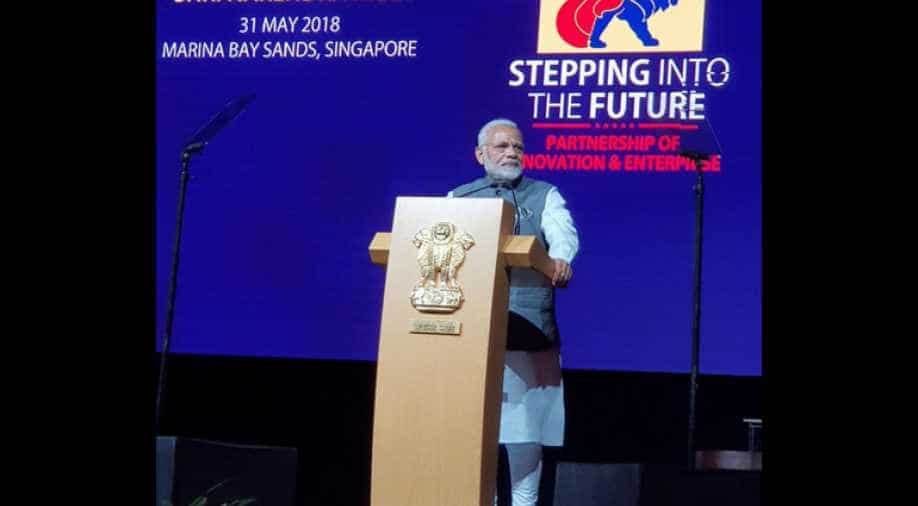 Koh was among 10 ASEAN receipts of the prestigious award this year.

Koh was among 10 ASEAN (Association of Southeast Asian Nations) receipts of the prestigious award this year.

"Prof Tommy Koh, former diplomat of Singapore, was handed over the Padma Shri award by Prime Minister Modi in the presence of Singaporean Prime Minister Lee Hsien Loong. The award was announced in January 2018 on the occasion of silver jubilee of India ASEAN partnership and our Republic Day," said Raveesh Kumar, Spokesperson at the Ministry of External Affairs.

Koh, 80, has served as Singapore's ambassador to the US and the UN, and as president of the Third United Nations Conference on the Law of the Sea in 1981 and 1982.

He is currently chairman of the board of governors of the Centre for International Law at the National University of Singapore.

Koh was chief negotiator for the US-Singapore Free Trade Agreement, and was in the team that successfully argued the case for Singapore's claim to Pedra Branca at the International Court of Justice. He is also a key figure in Singapore's semi-official strategic dialogues with Asia's three most powerful nations - China, Japan and India.

Beyond diplomacy, Koh has also been a champion of the arts, the environment and civil society, and an outspoken advocate of civic engagement.

Koh said he is "very honoured and grateful" to receive the award.