Pakistan should ensure safety of our citizens and institutions: China 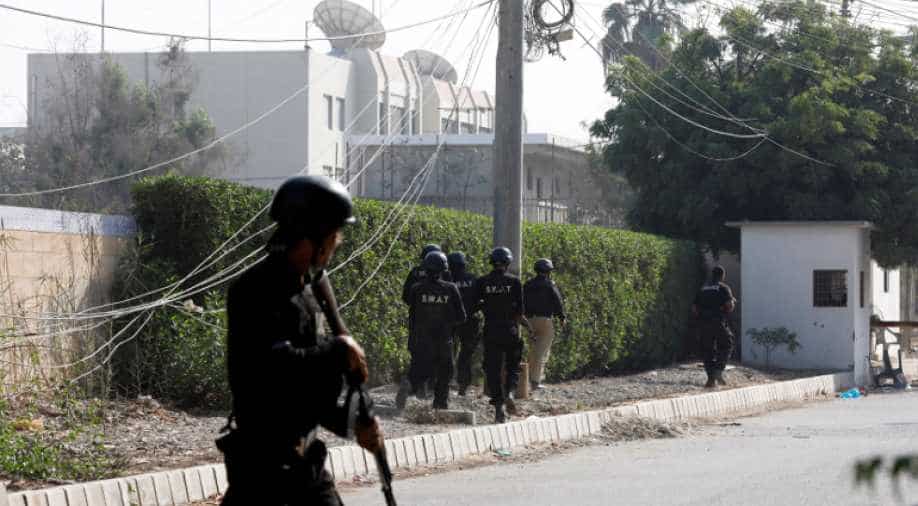 China on Friday condemned an attack on its consulate in the Pakistani city of Karachi that killed two policemen and urged its ally to ensure the safety of Chinese citizens.

Chinese foreign ministry spokesman Geng Shuang said all consular staff and their families were safe following the shooting, which was claimed by a separatist group.

"China strongly condemns any violent attacks against diplomatic agencies and requests that Pakistan takes practical measures to ensure the safety of Chinese citizens and institutions in the country," Geng said at a regular press briefing.

Three gunmen stormed the Chinese consulate on Friday morning and exchanged gunfire with security forces who shot them down.

Geng said the gunmen did not enter the consulate and the exchange of fire took place outside the facility.

"We highly appreciate the efforts of the Pakistani side," he said when asked about Pakistan's response to the attack.

The attack was claimed by a separatist militant group from Pakistan's southwestern province of Balochistan, which is at the centre of a major Chinese investment project in the country.

The spokesman of the Balochistan Liberation Army (BLA) branded Beijing "an oppressor" along with Pakistani forces, adding that they were "destroying the future of Balochistan".

The incident is the latest in a series of assaults on Chinese nationals, including workers involved in the multi-billion dollar infrastructure project.

Geng said the attack would not affect Beijing's commitment to the China-Pakistan Economic Corridor (CPEC), which seeks to connect its western province Xinjiang with the Arabian Sea port of Gwadar, in Balochistan.

"China and Pakistan are all-weather strategic partners," the spokesman said.

"With the broad support of the two peoples, it (CPEC) is proceeding in an orderly manner. China will continue to work with Pakistan to firmly move forward with the construction of the China-Pakistan Economic Corridor," he said.

For Pakistan, participating in the project presents an enormous challenge in a country plagued by weak institutions, endemic corruption and a range of insurgencies in areas slated to host the corridor.

The subject of economic dividends from CPEC is extremely sensitive in some of the areas the corridor will run through -- particularly in Balochistan.

Since the beginning of the project militants have repeatedly attacked construction sites, blowing up numerous gas pipelines and trains, and targeted Chinese workers.

In August this year three Chinese nationals were among six wounded in a suicide attack on a bus transporting Chinese engineers working on a mining project in Balochistan, in an attack that was also claimed by the BLA.

"We highly appreciate the great efforts made by Pakistan to safeguard the China-Pakistan Economic Corridor, and the security of Chinese citizens and organisations in Pakistan," Geng said.

"We also believe that Pakistan will continue to take effective measures to ensure the safe and smooth development of the China-Pakistan Economic Corridor," he added.