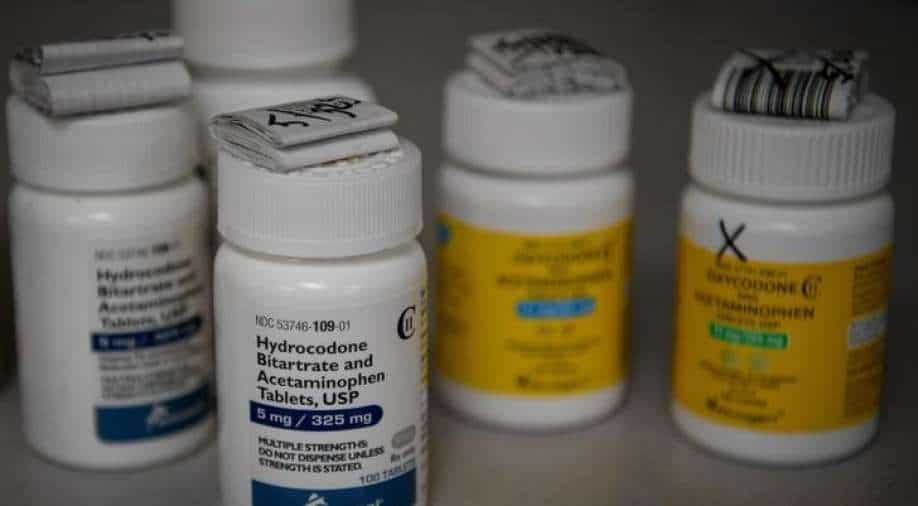 The ruling underscored what legal experts have asserted from the outset about the opioid litigation: that apportioning responsibility will be very difficult because opioids pass through so many entities

Four manufacturers of prescription opioids won the pharmaceutical industry’s first major legal victory in the opioid crisis, turning aside claims by local California governments that they contributed substantially to the epidemic.

In a bench trial decision late Monday, a state judge flatly rejected a legal argument being employed in thousands of cases against the industry over its role in an epidemic of abuse that, according to federal data, has contributed to the deaths of some 500,000 people in the United States since the late 1990s and grown worse during the pandemic.

“There is simply no evidence to show that the rise in prescriptions was not the result of the medically appropriate provision of pain medications to patients in need,” wrote Judge Peter Wilson of Orange County State Superior Court, who presided over a four-month bench trial.

The manufacturers include Johnson & Johnson, which has a nationwide opioids settlement offer pending; Teva, a maker of generic opioids based in Israel; Allergan, a subsidiary of AbbVie; and Endo Pharmaceuticals.

Brought by the counties of Santa Clara, Los Angeles and Orange and the city of Oakland, the case, filed in 2014, was one of the first to demand that drug manufacturers be held accountable for the ongoing epidemic.

The legal issue before Wilson was whether the companies were liable for creating “a public nuisance,” an argument put forth by the local California governments as well as most plaintiffs pursuing cases against the industry in state and federal courts across the country.

Also read | Study finds that humans, climate change are largely responsible for fires in US west

Even if the companies perpetrated false or misleading marketing, wrote Wilson, “any adverse downstream consequences flowing from medically appropriate prescriptions cannot constitute an actionable public nuisance.” He also emphasized that neither he nor the companies disputed the gravity of the opioid epidemic.

Essentially, he said that the plaintiffs could not distinguish the rise in legitimate prescriptions of federally approved pain medications from those prescriptions that were illegitimate or otherwise ill-gotten.

Even if the judge could infer that the rise in opioid prescriptions must have logically included the medically inappropriate ones, he wrote, the plaintiffs did not offer evidence to show that, “without rank speculation,” the volume of those prescriptions helped create the public nuisance and, if so, to what extent.

The ruling underscored what legal experts have asserted from the outset about the opioid litigation: that apportioning responsibility will be very difficult because opioids pass through so many entities — including manufacturers, medical supply distributors, doctors and pharmacies, including big-box retailers — before reaching a patient. Crucially, the medication is federally approved. Moreover, establishing a nexus between the corporate entities and the substantial illegal trafficking of opioids is also very challenging.

Adam Zimmerman, a professor at Loyola Law School in Los Angeles who studies mass litigation, said that it was difficult to predict whether the ruling was an outlier because so few cases have been decided among thousands that are employing similar legal strategies by both sides. Nevertheless, he said: “It’s the first defense win so it suggests that maybe as these cases are litigated instead of being settled there are opportunities for defendants to score victories.”

He noted that the plaintiffs’ approach was to rely heavily on statistical modelling of pill volume, overdoses and deaths rather than producing individual prescriptions and tying them to outcomes.

“The defendants have said over and over again that the plaintiffs need to establish with precision exactly what illegal marketing behaviour of theirs caused the opioid epidemic or whether the crisis would have just emerged anyway,” Zimmerman said. But other judges, he said, may find the plaintiffs’ macro approach persuasive.

Indeed an Oklahoma state judge presiding over a 2019 bench trial against Johnson & Johnson ruled against the company, finding it liable for $465 million, a decision that is currently on appeal. In July, the company proposed a nationwide settlement of $5 billion over nine years, pending approval by plaintiffs in thousands of cases. At the time, the California plaintiffs chose not to participate because of their ongoing trial.

Wilson’s decision is labelled “tentative,” a procedural term, although in practice it is final. The plaintiffs have already announced they will appeal and noted that this is just one state case among thousands that have been filed.

“The people of California will have their opportunity to pursue justice on appeal and ensure no opioid manufacturer can engage in reckless corporate practices that compromise public health in the state for their own profit,” the lawyers said in a statement.

The plaintiffs originally named Purdue Pharma as the first defendant in the case, but the company filed for bankruptcy protection and restructuring.

The remaining companies in the case hailed the ruling.

“The court’s thorough and thoughtful opinion reflects the evidence as it came in over months of testimony,” Endo said in a written statement. “Endo did not make false or misleading statements, and Endo’s lawful conduct did not cause the widespread public nuisance at issue in plaintiffs’ complaint.”

Teva said, in a statement, that “a clear win for the many patients in the US who suffer from opioid addiction will only come when comprehensive settlements are finalized and resources are made available to all who need them.”

Teva and Allergan are currently on trial in New York, the first jury trial in an opioids case; both Endo and Johnson & Johnson have already settled in that case. Pharmacy chains are facing a jury trial in a federal Ohio court. A recently concluded bench trial brought by local West Virginia governments against distributors awaits a federal judge’s decision. Washington state’s trial against Johnson & Johnson is scheduled for early next year.

Johnson & Johnson, referring to its pharmaceutical division, Janssen, which made its opioids, said: “The well-reasoned tentative decision reflects the facts of the case: Janssen’s actions relating to the marketing and promotion of its important prescription pain medications were appropriate and responsible and did not cause any public nuisance.”