One dead in shooting at US Black Lives Matter rally 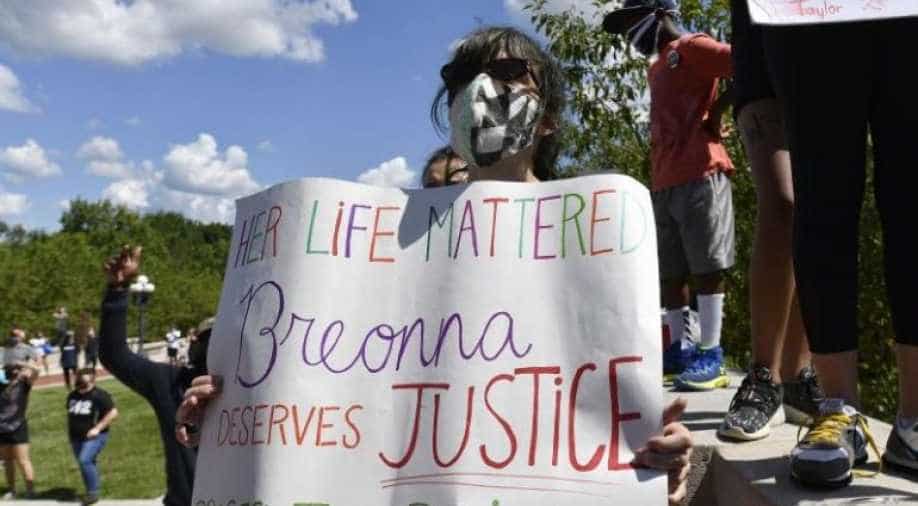 Louisville Metro Police Department said officers were called to the park at around 9:00 pm.

One person was killed and another wounded in a shooting at a Black Lives Matter rally in the US state of Kentucky, police said.

The incident Saturday took place at Jefferson Square Park in the center of Louisville where protestors have gathered for weeks over the killing of African American woman Breonna Taylor.

Her death in March helped fuel a campaign against racism and police brutality in the United States that has since spread across the globe.

Louisville Metro Police Department said officers were called to the park at around 9:00 pm.

"Calls then came in that Sheriff's Department personnel were in the park performing life-saving measures on a male who eventually died at the scene," the department said on Twitter.

Just about 9 p.m., there were reports of shots fired in Jefferson Square Park. Calls then came in that Sheriff’s Department personnel were in the park performing life-saving measures on a male who eventually died at the scene.

Soon after another person was shot across the street at the city's Hall of Justice, police added.

It was unclear if there was more than one shooter and authorities have yet to release any details of the victims.

Louisville mayor Greg Fischer said he was "deeply saddened by the violence."

Before the shooting, Fischer had urged counter-protesters to stay away from the park, after local newspaper Louisville Courier Journal reported that "armed patriot groups" were planning on confronting the demonstrators.

Louisville has seen especially passionate Black Lives Matter protests due to the police killing Taylor in her own apartment.

The 26-year-old emergency room technician was shot dead after police barged into her home, alleging that drug dealers had used the apartment to receive packages.

The case helped trigger fresh waves of anger in the United States over racial injustice and police brutality.

Those protests expanded dramatically after the May 25 killing of George Floyd, an unarmed black man who died in Minneapolis after a white police officer pinned his knee to Floyd's neck for more than eight minutes.