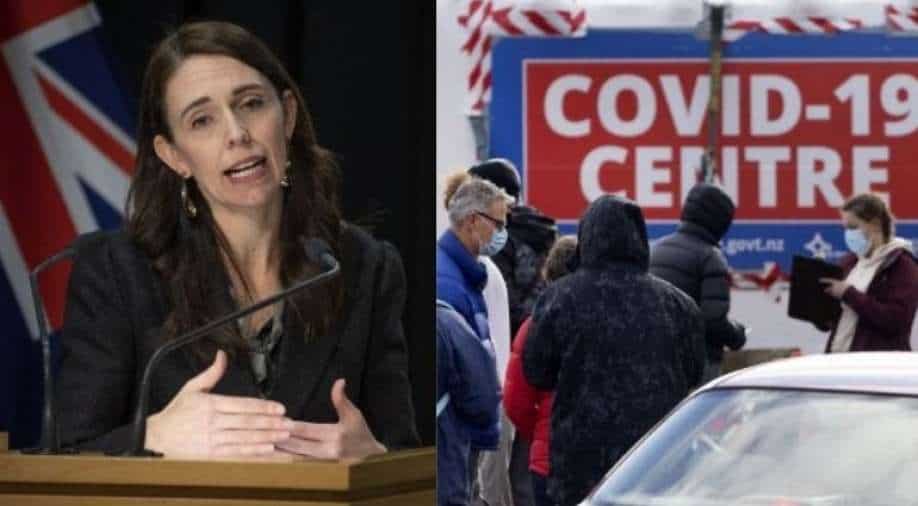 The national flag carrier Air New Zealand also announced it was introducing a 'no jab, no fly' policy for passengers on all international flights from February 1, New Zealand announced Sunday tighter border restrictions, as new cases of COVID-19 emerged

"We are introducing the requirement for air travellers aged 17 and over, who are not New Zealand citizens, to be fully vaccinated to enter New Zealand," COVID-19 response minister Christ Hipkins said.

The national flag carrier Air New Zealand also announced it was introducing a "no jab, no fly" policy for passengers on all international flights from February 1.

The country has been hugely successful at containing the virus - reporting just 27 deaths in a population of five million -- thanks to tight border controls and lockdowns, allowing pre-pandemic life to mostly resume.

But the upped border restrictions come as Hamilton city and neighbouring Raglan town were put into a five-day lockdown, with only essential movement permitted, after two people tested positive.

The cases are not believed to be connected to the latest outbreak in Auckland, 160 kilometres away.

The city of two million has been in lockdown for nearly seven weeks as officials grapple with an outbreak of the highly transmissible Delta variant that has so far infected 1,320 people.

About 2,000 people attended an anti-lockdown rally in Auckland over the weekend, with Jacinda Ardern describing the demonstration as "a complete slap in the face" for people who had been abiding by the strict rules banning public gatherings.

"It was illegal and also it was morally wrong," the prime minister said.

It had been free of community transmission for six months before the latest Auckland outbreak.