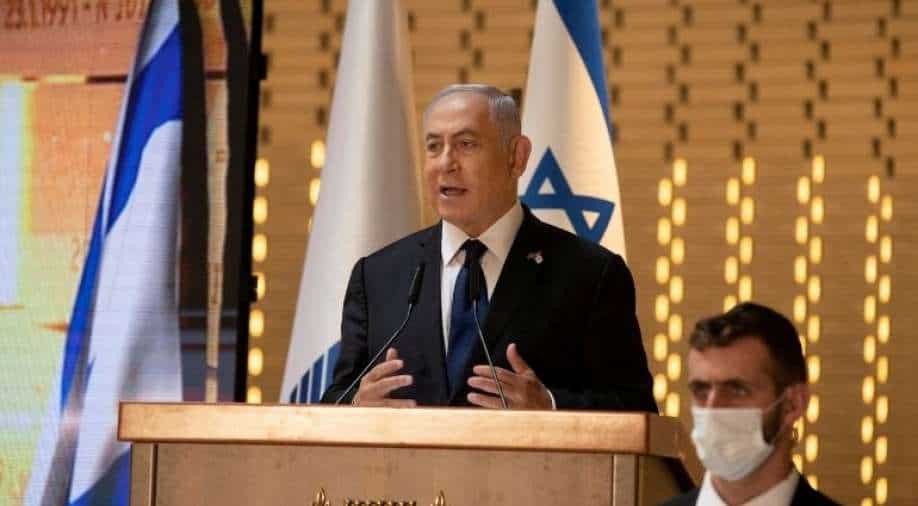 Prime Minister Benjamin Netanyahu manoeuvred on Sunday to dissuade opponents from forming a "government of change". With media reports saying a deal to unseat Israel's longest-serving leader could be imminent.

A mandate for opposition chief Yair Lapid to put together a coalition after four inconclusive elections in two years expires on Wednesday. Israeli media said Lapid was closing in on an alliance of right-wing, centrist and leftist parties.

Bennett, 49, was widely expected to announce, possibly as early as Sunday, whether he would team up with Lapid, who heads the centrist Yesh Atid party. Israeli media reports largely predicted Bennett would agree to the partnership.

But first, Bennett would have to rally his own party's legislators behind joining what right-winger Netanyahu's opponents have described as a government of "change" comprising factions from the left, centre and right.

Still, short of a parliamentary majority after a March 23 election that ended in stalemate, such a diverse grouping could be fragile and require outside backing by Arab members of parliament whose political views differ sharply from Yamina's.

Bennett has maintained public silence in recent days, but Israeli political commentators largely predicted he would opt for a partnership with Lapid. Faced with a possible deal, Netanyahu made a sudden counter-offer on Sunday that would entail a break in the prime minister's 12 consecutive years in office.

In a proposal he signed along with leaders of parties in his current coalition, Netanyahu offered to go second in a "triple rotation" of the premiership of a right-wing government.

Under the blueprint, published by a Likud spokesman, Gideon Saar, head of the rightist New Horizon party, would become prime minister for 15 months, followed by Netanyahu for two years and then Bennett for an unspecified "remainder of its term".

Saar, a former Likud cabinet minister, swiftly rejected the offer, writing on Twitter: "Our position and commitment are unchanged - to end Netanyahu's rule."

There was no immediate comment from Bennett, a former defence minister, who has reversed course before over ousting Netanyahu, 71, a right-wing leader in power consecutively since 2009 and now on trial on corruption charges which he denies.

Yamina announced late on Saturday that Bennett would meet and update its legislators on Sunday, after reports he had agreed to a rotation deal with Lapid and would serve as a prime minister first.

Netanyahu's rivals have cited his ongoing trial on corruption charges, which he denies, as the main reason why Israel needs a new leader.

Remaining in government, his critics say, could help Netanyahu in any bid to legislate immunity that could end the proceedings.

With a deal with Lapid widely reported to have been finalised just before fighting erupted on May 10 between Israel and Gaza militants, Bennett said that he was abandoning efforts to form a coalition with the centre and left during the hostilities.

But a ceasefire is holding, a recent wave of street violence in Israel between Arabs and Jews has ebbed, and a Lapid-Bennett partnership could be back on track.

If Lapid, 57, fails to announce a government by Wednesday, a fifth Israeli election since April 2019 - a prospect Bennett has said he wants to avoid - is likely.