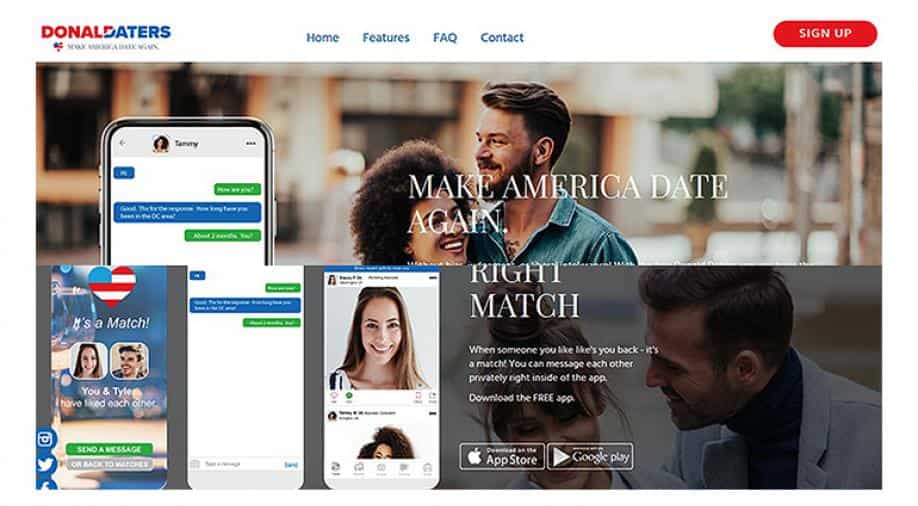 The home page of the DonaldDaters website Photograph:( Others )

The app had just over 1,600 users on its first day of operations.

New dating app DonaldDaters was supposed to help lonely conservatives find each other discreetly. But the app leaked its database of users on launch day, a report said on Monday.

The app had just over 1,600 users on its first day of operations, technology news site TechCrunch reported.

TechCrunch said it learned the figure because a French security researcher found "issues" with the app, making it possible to download the entire user database.

The researcher "shared the database with TechCrunch, which included users' names, profile pictures, device type, their private messages - and access tokens, which can be used to take over accounts," it said.

TechCrunch said the data was pulled offline after it contacted the app maker.

DonaldDaters' website says "all your personal information is kept private."