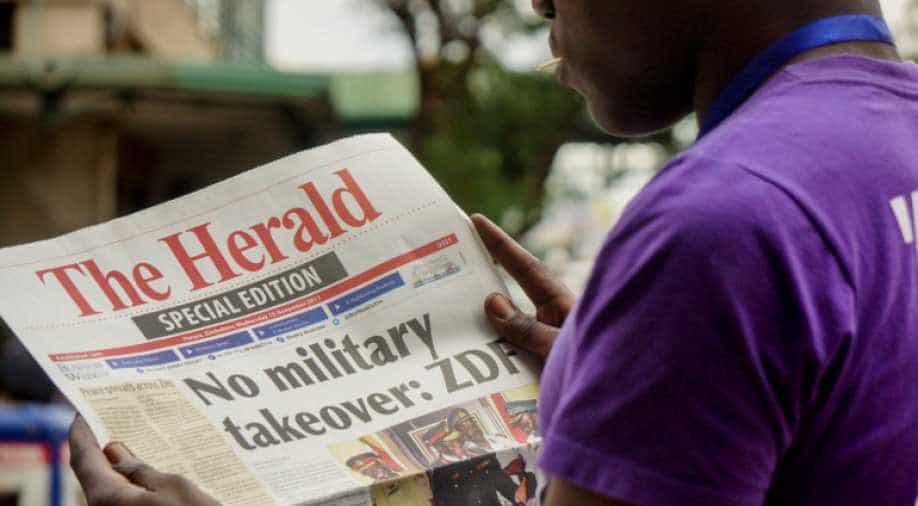 The newspaper published a story with a headline saying 'No military takeover' on their front page. Photograph:( AFP )

On Wednesday the readers of Zimbabwe's main newspaper were surprised to see that the newspaper missing the army taking President Robert Mugabe under house arrest which appeared to be a coup.

The newspaper published a story with a headline saying 'No military takeover' on their front page instead.

In fact, the previous day The Herald declared "ZANU-PF unfazed by Chiwenga," on its front page, reporting on the party's denunciation of the military chief as a traitor.

In Harare, most people were constantly following the social media and Internet for updates on a coup against 93-year-old Mugabe, Zimbabwe's leader for the last 37 years.

Mugabe's decades-long grip on power appeared to be fading as military vehicles blocked roads outside the parliament in Harare and senior soldiers delivered a late-night television address to the nation.

Just after 4 am an army spokesman appeared on state media to announce that the army had seized power.

The final line of his declaration was  "To the media, we urge you report fairly and responsibly".