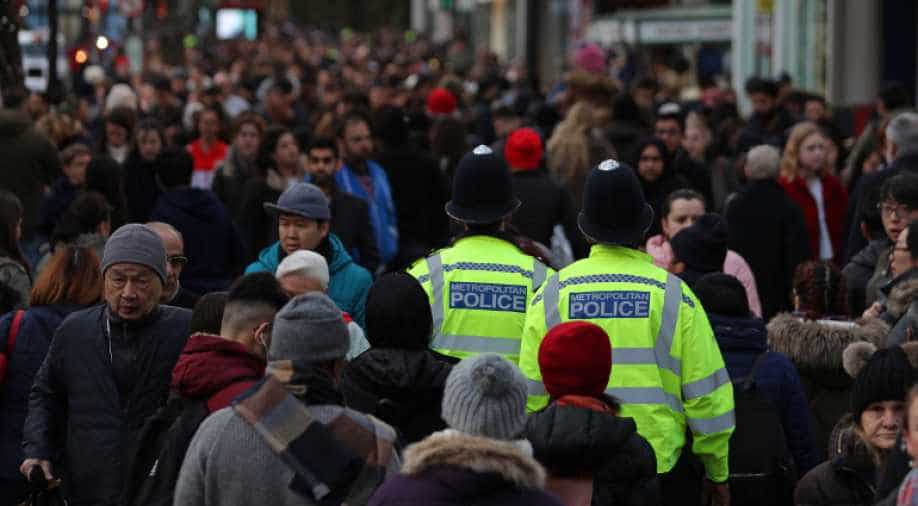 Britain is on high alert after five terror attacks since March. Photograph:( AFP )

Two men suspected of involvement in a fight that sparked a terror scare in London's Oxford Street shopping district have been questioned by police but released without charges, a spokesman said Sunday.

Armed officers locked down the area around Oxford Circus for more than an hour on Friday after reports that shots had been fired, and 16 people were hurt as crowds fled the scene.

Police, who responded as if the incident were terror-related, said they found no trace of suspects, evidence of gunfire or casualties.

The British Transport Police later said they believed it all began with an "altercation between two men" on the platform of the Underground station, issuing CCTV image of the pair.

A 21-year-old and a 40-year-old subsequently came forward and were interviewed, but a spokesman for the force on Sunday said: "They have not been arrested or charged."

No further suspects are being sought.

Oxford Circus, the junction of London's Oxford Street and Regent Street, is one of the busiest areas in London, and was packed with shoppers seeking bargains on "Black Friday".

Britain is on high alert after five terror attacks since March.