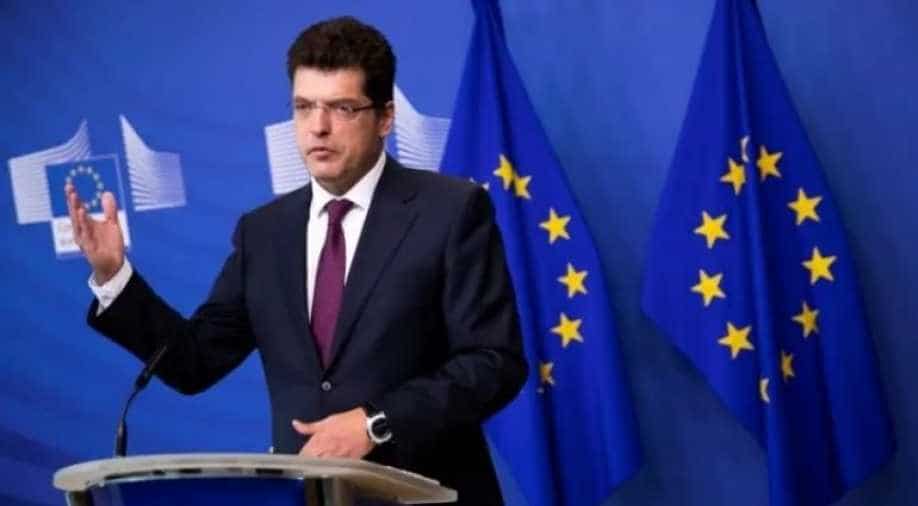 The EU has, till now, mobilised close to $79 million (64 million euros) as an emergency response to the country

Before starting the second phase of funding for blast-hit Lebanon, the European Union's commissioner for crisis management has called for an urgent formation of a "credible" government.

The EU has, till now, mobilised close to $79 million (64 million euros) as an emergency response to the country after Beirut was rocked by a devastating explosion at the port, killing nearly 200 people and injuring several thousands in the early days of August this year.

Also read| Beirut fire could be due to sabotage, ignorance or negligence: President Aoun

However, Janez Lenarcic has now said that the next round of funding will only be provided after Lebanon forms a credible government.

The next round of funding, which is supposed to help the government in restructuring the port and other structures, ave to wait as funding would have to go hand in hand with reforms because the international community was not willing to support practices "that led to financial collapse and economic crisis".

"We need a credible government that enjoys the confidence of the Lebanese people and is determined to take the country in the right direction," Lenarcic said.

"Lebanon's political class has to provide what people demand and this is also what the international community expects. I'm talking about governance, not only economic reforms. There has to be a change in the way this place is governed," he said.

The statement has come after Lebanon rejected an international investigation claiming the country will carry out an investigation on its own — which has brought back the long-lying issue of corruption within the government.

"The EU commission supports reaching an agreement with the IMF because that would unlock substantial resources that Lebanon desperately needs to revive its economy," Lenarcic said.

Lebanon was already suffering through an economic crisis due to coronavirus and the locals were alleging the government of being corrupt, when Beirut ports experienced the biggest explosion the country has seen in years, and destroyed structures and took hundreds of lives.

A month after the explosion, another massive fire broke out at Beirut port engulfing a warehouse that was storing engine oil and vehicle tyres. In response, President Michel Aoun said, "Today's fire could be an intentional act of sabotage, the result of a technical error, ignorance, or negligence. In all cases, the cause needs to be known as soon as possible, and those responsible held to account."