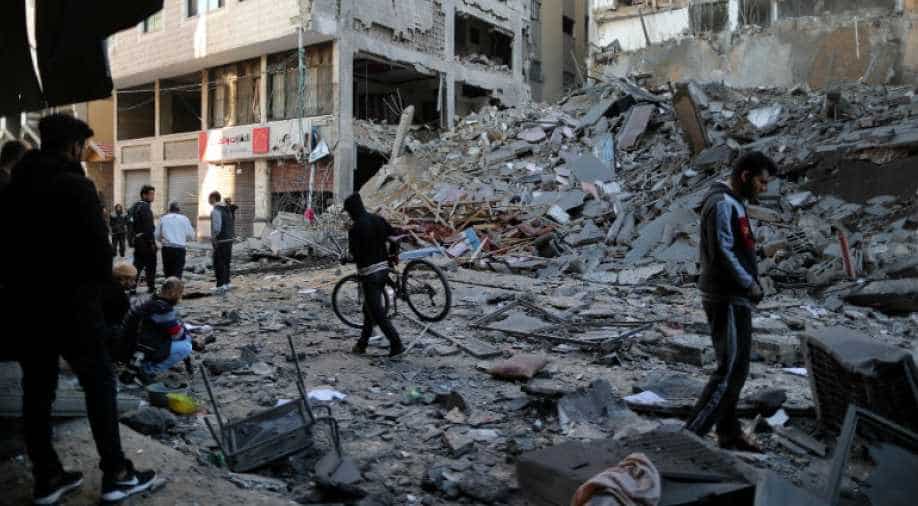 Three rockets were fired at Israel overnight without causing any casualties. Two were intercepted by air defences, a statement said.

Three rockets were fired at Israel overnight without causing any casualties. Two were intercepted by air defences, a statement said.

Israel swiftly retaliated against Hamas, the Islamist movement which rules Gaza and which Israel generally holds responsible for all rocket fire from the territory, regardless of who launches it.

The military struck "Hamas targets in the south of the Gaza Strip", the army said.

Israel has deployed additional troops to the Gaza border area since US President Donald Trump unveiled a controversial new peace plan on Tuesday that was angrily rejected by the Palestinians.

One rocket was fired from Gaza on Wednesday evening, again drawing retaliatory strikes against Hamas targets in the south of Gaza.

Hamas has over the past year gradually shaped an informal truce with Israel, under which the Jewish state has slightly eased its crippling blockade of the enclave in exchange for calm.

But Israel in November assassinated a senior leader of the Islamic Jihad militant group in Gaza, sparking a flare-up in which 36 Palestinians were killed. No Israelis died.