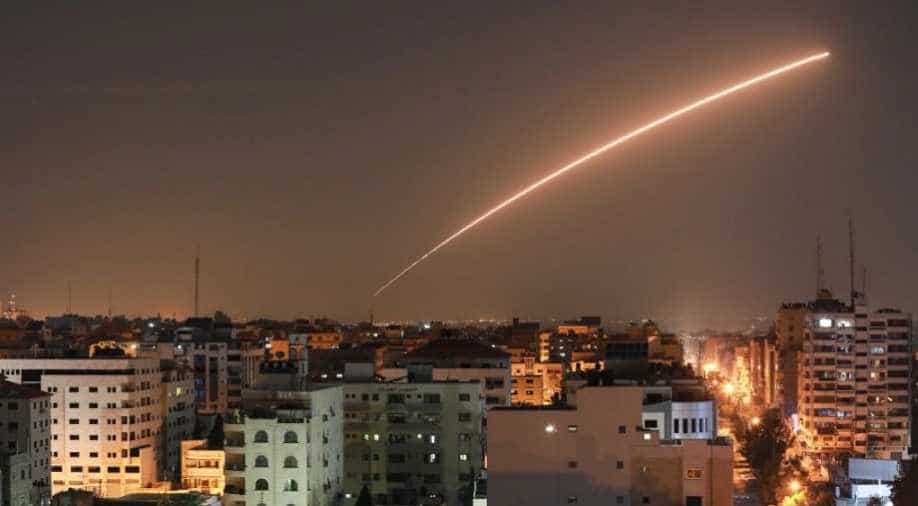 The army had earlier said 'a projectile was fired from the Gaza Strip towards Israeli territory and was intercepted by the Iron Dome defence system'.

Israeli military aircraft carried out air strikes against the Gaza Strip on Wednesday night, the army said, in what it called a response to a rocket fired from the Hamas-controlled Palestinian enclave.

Warning sirens had cut short a rally by Israeli Prime Minister Benjamin Netanyahu as he campaigned on the eve of his Likud party's primaries being held on Thursday, public television reported.

"Planes and helicopters hit several Hamas terrorist targets in the Gaza Strip. Military posts were among the targets," the Israeli army said in a statement.

The army had earlier said "a projectile was fired from the Gaza Strip towards Israeli territory and was intercepted by the Iron Dome defence system".

The prime minister waved goodbye before being hustled from the room with his wife Sarah.

On September 10, the head of the Likud party had also been evacuated from an election rally, in the southern city of Ashdod, after sirens warned of an attack from Gaza.

On Thursday, the embattled premier will face off against longtime rival Gideon Saar in a Likud leadership contest that could threaten his grip on power.

Israel holds the Islamist movement responsible for all rocket attacks coming from Gaza, though the Jewish state also targets other armed groups operating there.

Since 2008, Israel has waged three wars against Hamas and its armed allies in Gaza, where two million Palestinians live amid violence, poverty and a 10-year Israeli blockade.