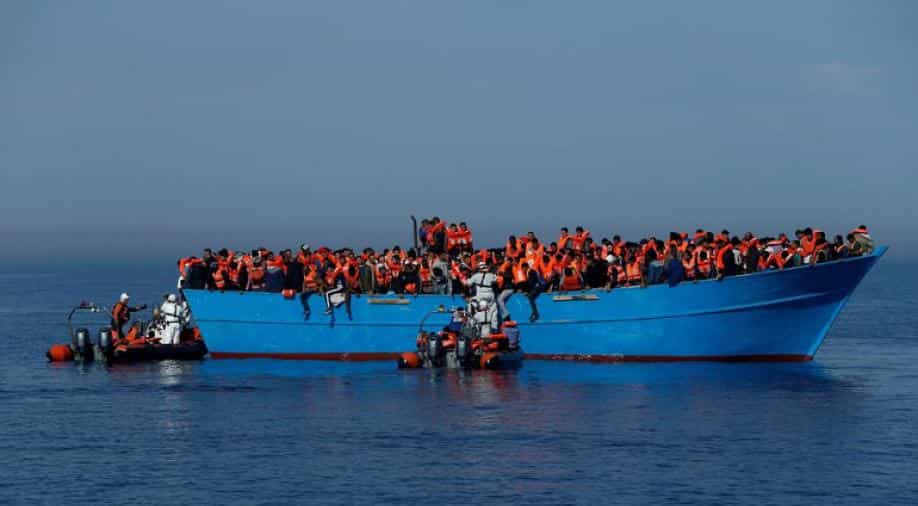 Greece’s former migration minister, Dimitris Vitsas, described the barrier as a “stupid idea” that was bound to be ineffective.

Thousands of migrants facing the perilous journey from Turkey to the Aegean islands on Europe’s periphery are now supposed to face another obstacle as the Greek government announced that it will build a floating barrier to deter them. The centre-right administration revealed the project to deny entry to undocumented migrants accessing the country.

Erected off the island of Lesbos, the bulwark of the 2.7km-long netted barrier will rise from pylons 50 metres above the water and will be equipped with flashing lights to demarcate Greece’s sea borders. “In Evros, natural barriers had relative [good] results in containing flows,” stated Greece’s Defence Minister, Nikos Panagiotopoulos, referring to the barbed-wire topped fence that Greece built along its northern land border with Turkey in 2012 to deter asylum seekers.

The plan was ridiculed the world over, and Amnesty International warned that it would enhance the dangers asylum-seekers and refugees encountered as they attempted to seek safety. “The plan raises serious issues about rescuers’ ability to continue providing life-saving assistance to people attempting the dangerous sea crossing to Lesbos. The government must urgently clarify the operational details and necessary safeguards to ensure that this system does not cost further lives,” said Massimo Moratti, Research Director for Europe, Amnesty International.

Calling this a "stupid idea" and adding that it was bound to be ineffective was Greece’s former migration minister, Dimitris Vitsas. “It’s not going to stop anybody making the journey,” he added. Human traffickers along Turkey’s western coast target Greece's outlying Aegean isles with renewed vigour, leading to a huge uptick in arrivals of refugees and migrants than any other part of Europe. Outposts designed to hold a maximum of 5,400 people are housing more than 44,000.

Greece fears a further surge in arrivals in the spring amid mounting tensions with Turkey over energy resources in the Mediterranean, despite numbers dropping radically since the EU struck a landmark accord with Ankara to curb the flows in March 2016. Blame for this humanitarian catastrophe has been thrown at Recep Tayyip Erdoğan by Kyriakos Mitsotakis, Greek Prime Minister for exploiting the refugee drama as political leverage in dealings with Athens and the EU.

As Idlib, Syria's last opposition holdout falls, Greek officials fear that the number of arrivals will rise further. Recent attacks from regime forces are gradually becoming more and more frequent. It is hoped that the barrier is functional by April, with the Greek Defence Ministry asking private contractors to submit offers.

Officials have guaranteed that the project will be completed by the military and will cost approximately €500,000 and has reassured the masses that it will be done by “non-military specifications” to ensure international maritime standards. More parts will be added to the 15-kilometre fence if the initial pilot is deemed successful.